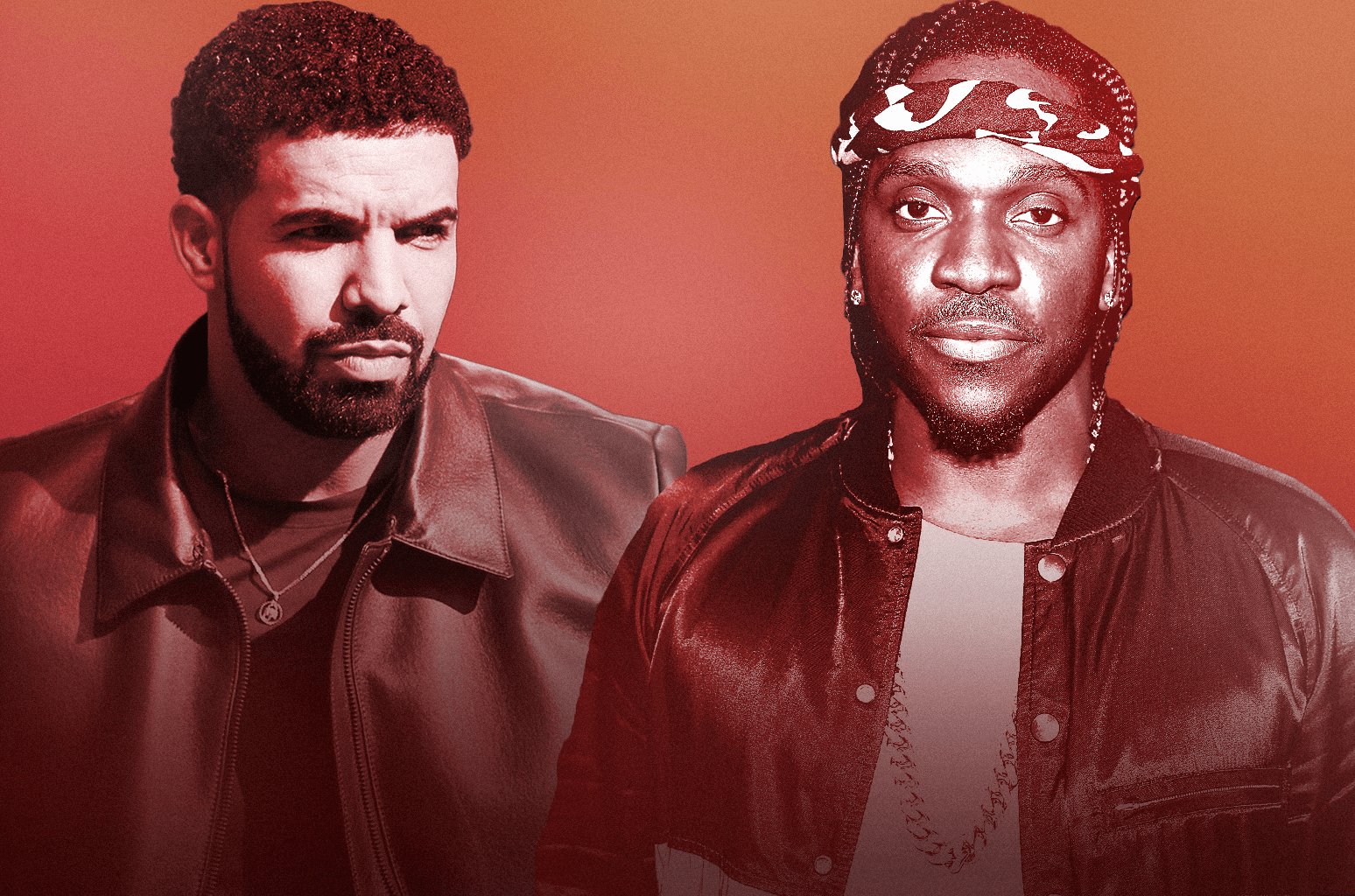 Is Pusha-T’s Tweet him Ramping Up to Diss Drake Again?

In a developing story, Pusha-T took to Twitter on January 23rd, potentially to Tweet Drake, to let the rap game know he’s not playing around in 2019. 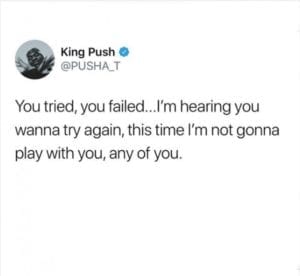 Pusha-T tweets a very cryptic message to the rap game.

Does Pusha-T’s Tweet have anything to do with Drake

While Pusha-T does not name anybody specifically, it is safe to assume that he is referring to Pusha-T’s beef with Drake.  The two rappers feuded in the latter portion of 2018 following Pusha-T releasing his album, ‘Daytona’. On a song entitled “The Story of Adidon” he revealed to the world that Drake has a son named Adonis with a French model named Sophie Brussaux.

Only time will tell Pusha-T’s Tweet is directed towards Drake. However, there is also slight speculation that this is merely a promotional tactic for an upcoming project. 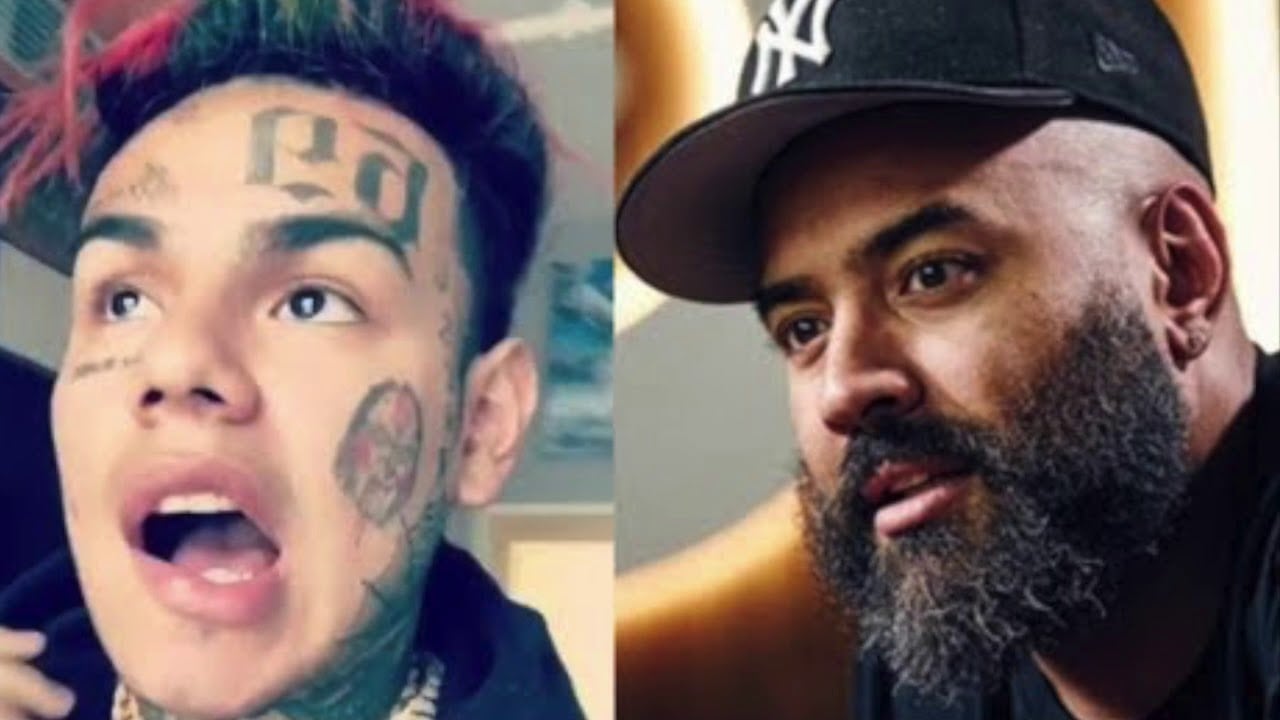 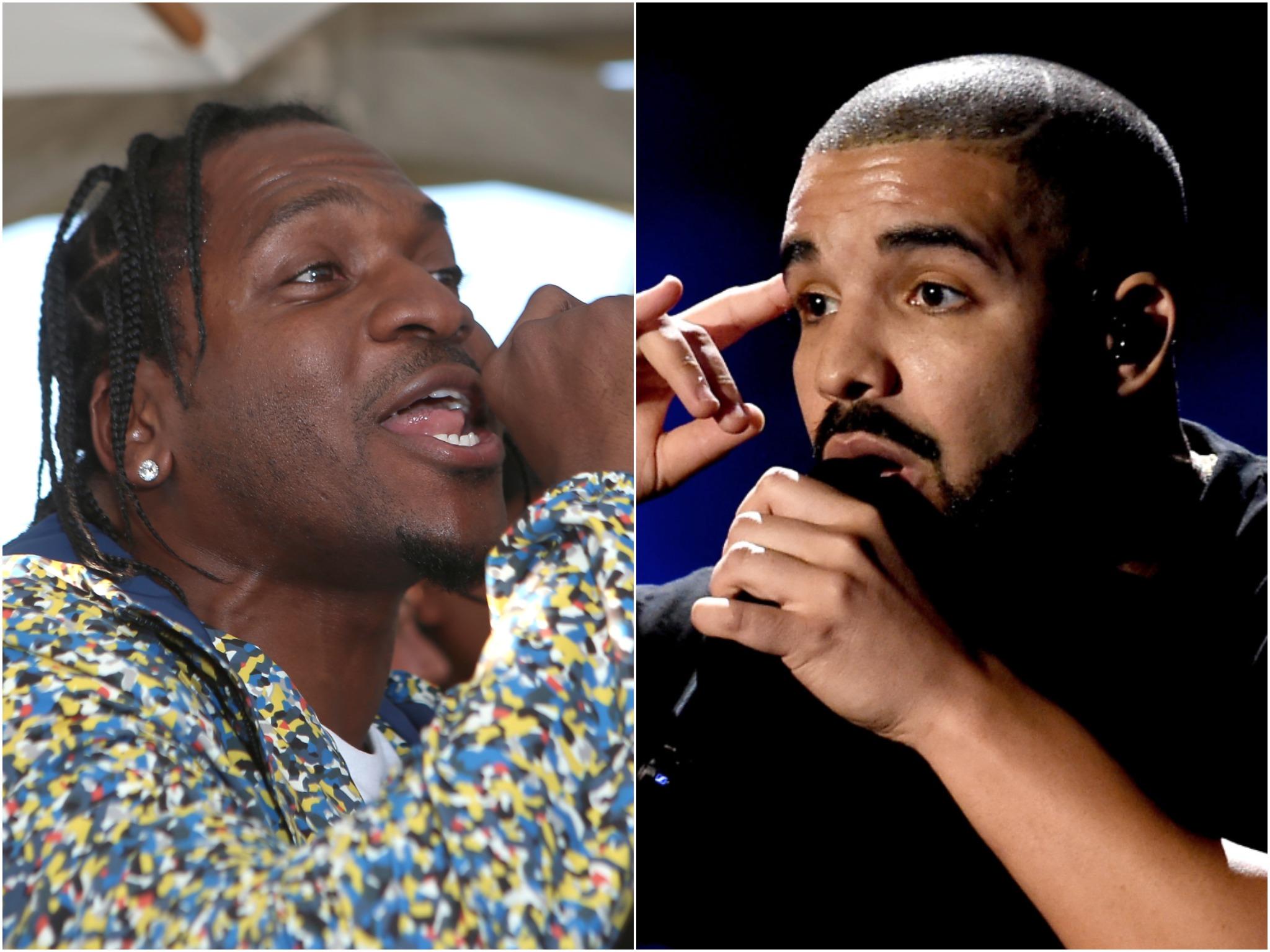