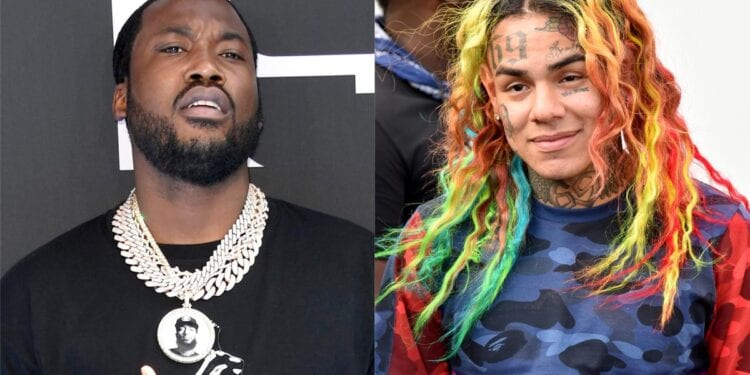 Tekashi 69 clowns Meek’s new song. Once again, Tekashi is starting trouble with other hip hop artist. This time he is clowning Meek about his song only ranking No.64 on the Billboard 100 chart, as reported by XXL Mag. Apparently, Tekashi commented on Instagram live. Tekashi let it be known that Meek needed Drake on the song for so it could be successfully.

In other words, Tekashi is suggesting that Meek can’t sell music without Drake. Check out what Tekashi said about Meek:”This is what happens to bums when they don’t have Drake to carry them on they song.” Although, the message was later deleted the damage was done.

It is possible that Tekashi and Nicki Minaj may have plotted together against Meek. Especially , since both have previous beef with Meek. Also, Tekashi accused Meek of being associated with a “rat.”

In addition, these two rappers have been beefing since Tekashi was released on house arrest in April. And, it sounds like their dislike for each other is going to continue for now. By the way, Tekashi’s new release with Nicki”Trollz” is not doing as well as he expected. 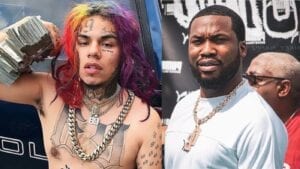