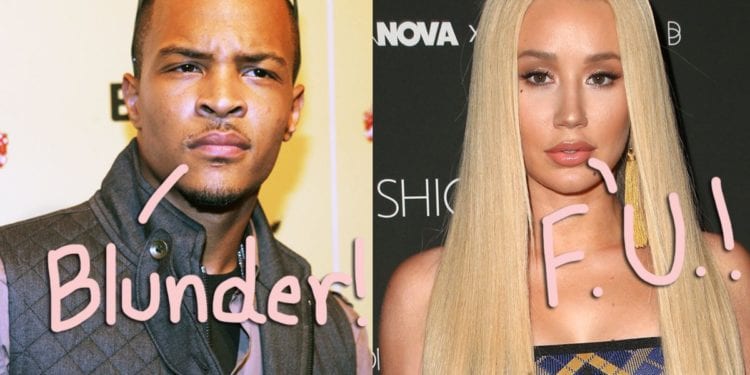 Was signing Iggy Azalea a mistake for T.I.?

Like most people I wondered what happened to Iggy Azalea? We have not heard any music from Iggy in some time. Well, now we know that Iggy was put on the shelf, so to speak. Rapper T.I. was Iggy’s former employer. It appears that T.I. regrets signing Iggy. And, T.I. admits he made a mistake signing Iggy. Apparently, during a press stop for his new Netflix show “Rhythm & Flow” T.I. shared his thoughts on Iggy Azalea career, as reported by Rolling Stone. The female rapper was signed to T.I.’s Grand Hustle label but her career bombed. According to T.I.:

“I’m still actively looking for another female rapper who can undo the blunder of Iggy Azalea,” T.I. said via The Root. “That is the tarnish of my legacy as far as [being] a [music] executive is concerned. To me, this is like when Michael Jordan went to play baseball.”

Apparently, Iggy and T.I. parted ways when there was some incident with Q Tip and Iggy. Is it possible that T.I. changed his mind about Iggy got in to it with Q Tip? What happened between Iggy and T.I. is somewhat of a mystery. What we do know is Iggy had no problem calling  T.I. a masochist on social media. Of course, T.I. addressed Iggy by saying this:

“After it was cool, everything was cool, and then they kind of came back and undid what I had just [done],”T.I. said.”i’ma be all the way real, I’m a loyal partner. If I rock with you I’m gon’ rock with you…I really do feel that they [Iggy’s team] just needed a little more time to adjust, which I feel they can do. They have the talent they have the charisma.”

How did things really unravel between T.I. and Iggy? Was it because of the Q Tip situation? Or was it because T.I. really thought he made a mistake in signing Iggy? Whatever the case, Iggy’s career stalled. 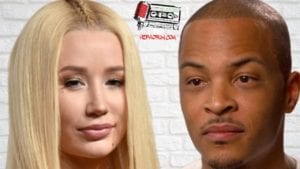