Rick Ross defends Kodak during recent interview.  Once again Rick Ross proves he is a boss. Rick thinks Kodak was under the influence of drugs. And, that is why he made insensitive comments about Lauren London.

Rick Ross is stepping in for Kodack, who has been in the media lately for making insensitive comments about Nipsey Hussle’s lady“Lauren London.’ And, “The Game” and T.I. blasted Kodak. However, when Rick Ross was asked about his friend  Kodak he was careful to address the situation carefully. Rick admits that Kodak was wrong for his comments about Lauren. Rick was friends with Nipsey and he thinks that Kodak meant no disrespect to the late rapper, according to BET News. Here is what Rick said during his interview with Big Boy:

“”By the time it got to me, they told me what it was,” he said. “I got some homies that’s close to Kodak. They sent the energy that of course homie didn’t mean no true disrespect.”

And, Rick Ross went on to say:

It is clear that Rick Ross thinks Kodak made a mistake. But he is still down with Kodak. Also, Rick mentioned he has not talked with Kodak since his incarceration. 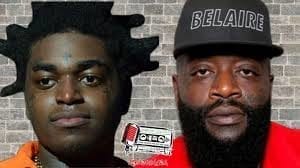 Snoop Dogg Back On The Scene With ...

A$AP Rocky Has Been Released From Swedish ...