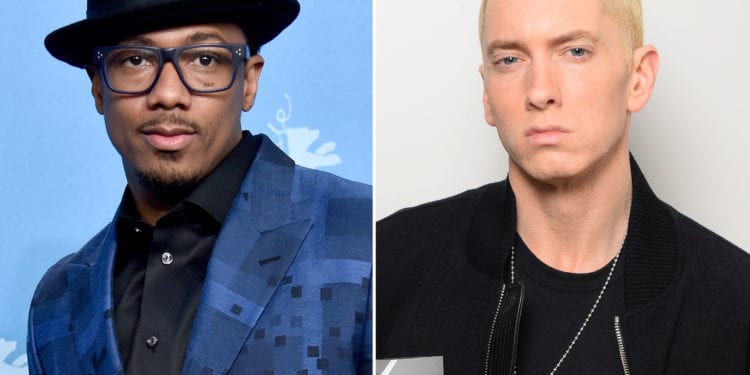 Nick Cannon and Eminem Beef Heats Up!!!!! Rapper, actor, and businessman Nick Cannon and rapper/actor Eminem have beefed in the past, but their new beef is heating up. Also, 50 Cent has gotten into the beef, and we all know that 50 Cent is the king of beefs and clap backs.

According to cnn.com, Nick Cannon has added another slice of beef with Eminem , with the help of Suge Knight. Cannon dropped a diss track on Monday called, “The Invitation” that has phoned in vocals from Knight. We all know that Knight is currently in prison for 28 years due to the death of a man during a hit and run on the set of the hit movie, “Straight Outta Compton”.  On the track, Knight phoned in and said,

I know you don’t never do no talking, but Nick is family.

Cannon is also joined by battle rappers Hitman Holla, Charlie Clips, and Prince Easy, who called him out to face “The Black Squad’. Cannon and Eminem’s beef first started when he was dating Mariah Carey and Eminem claimed in a song that he slept with Mariah, a claim that she denies to this day. The rumor has been rapped in a lot of songs through the years, with Cannon finally chiming in after Eminem released “Bagpipes Over Baghdad”, a song in which he took aim at the couple.

On Cannon’s radio show, he calls out Eminem to come on “Wild’n Out” to rap. He also made some allegations about his chauffeur. Eminem then tweeted,

I demand an apology Nicholas, you’ve made my gardener jealous.

@Eminem, I see your handlers let you use the internet today. @mtvwildnout We waitin.

The inclusion of Knight is significant because we all know that Eminen is a protege of Dr. Dre and Knight has had beef with him every since he left Death Row Records.