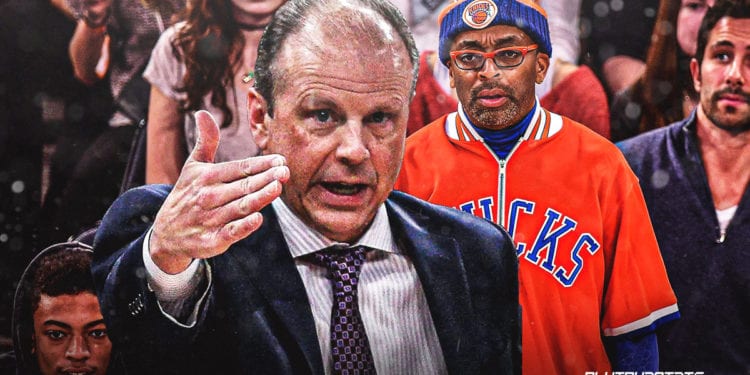 Spike Lee Upset With NBA Knicks Organization. We all know that Spike is one of the most devoted New York Knicks fans. However, Spike might be throwing up his hands after this debacle.

Spike Lee upset with NBA Knicks organization. I was watching Steven A. Smith interview Spike Lee yesterday. As the interview unfolded I really understood why Spike was livid with his beloved NBA Knicks. Allegedly, Spike has been going in the employee’s entrance at the Madison Square Garden for over 28 years, as reported by the New York Times. Spike has always used the West 33rd street entrance. When Spike proceeded to go to the elevator he was stopped by staff. Spike was told he could no longer use the employee elevator. Of course, Spike refused to exit the elevator.

Unfortunately, the situation escalated to the point where Spike got into a yelling match with some of the staff. During the game Spike someone from the Knicks organization approached him. Spike did not go into details with Stephen about the encounter. Obviously, it was not a friendly exchange between the two. Also, Spike has accused the teams owner James Dolan of  lying about what took place.

As a result of the mishap the Knicks owner James Dolan had this to say:

“The idea that Spike Lee is a victim because we have repeatedly asked him to not use our employee entrance and instead use a dedicated V.I.P. entrance – which is used by every other celebrity who enters The Garden – is laughable,” the Knicks said in a statement on Tuesday after Lee appeared on ESPN’s “First Take” television show to discuss the incident. “It’s disappointing that Spike would create this controversy to perpetuate drama.”

Of course, Spike gives a different account of what happened. I wonder whose story is the most believable at this point. Does Spike have a legitimate beef with the Knicks or not? Spike admitted that he will not attend anymore Knick’s games this season. And, I think this is really crazy, especially, since Spike has been such an advent Knicks fan for so many years. 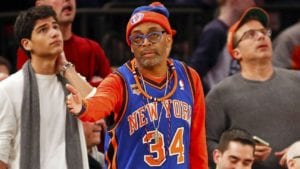