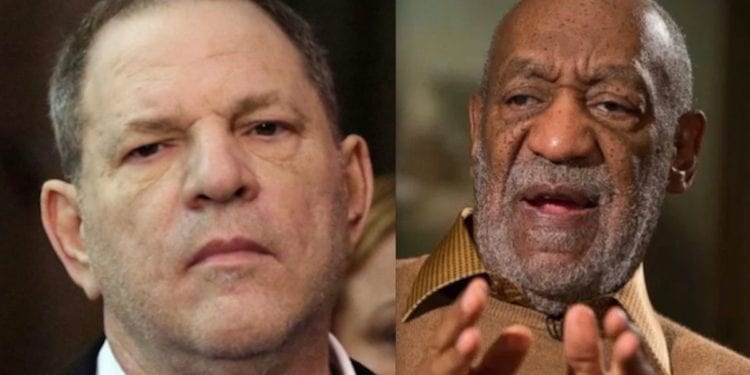 Harvey and Bill have something in common

Bill Cosby Supports Harvey Weinstein. Truthfully, it is not surprising to see Bill support Harvey. Especially, because it is obvious that Bill Cosby does not believe he was given a fair trail. Also, Bill was convicted primarily on an incident that happened over 20 -years ago. But is it safe for us to make comparisons between Harvey’s case and Bills?

In my opinion, I think that Bill’s case does have some similarities. If you consider that both men had a lot of women give similar accounts of the sexual misconduct, harassment  and alleged rapes. Then yes, they certainly have something in common. However, let’s take a look at the Instagram post that Bill’s representative, Andrew Wyatt posted on his behalf. Tell me your thoughts:

“This is not shocking because these jurors were not sequestered, which gave them access to media coverage and the sentiments of public opinion. There’s no way you would have anyone believe that Mr. Weinstein was going to receive a fair and impartial trial. Also, this judge showed that he wanted a conviction by sending the jurors back to deliberate, after they were hung on many of the counts. Here’s the question that should haunt all Americans, especially wealthy and famous men…Where do we go in this country to find fairness and impartiality in the judicial system; and where do we go in this country to find Due Process? Lastly, if the #metoo movement isn’t just about Becky [White women], I would challenge #metoo and ask them to go back 400+ years and tarnish the names of those oppressors that raped slaves. This is a very sad day in the American Judicial System.”

Bill’s statement was a loaded gun

I can’t begin to say how loaded this statement was. In fact, I wish I really had time to carefully dissect this message.  However, I do have the following questions? Bill, can you in all honesty say you have been a voice for the disenfranchised people of color. In fact, I remember that Bill could be very judgmental at times. Also, Bill are you then saying that the  judicial system is not fair as it relates to men? And, that raping women should be acceptable? You mean to tell me that privileged people are exempt from the law? Well according to BET Harvey is going to serve some considerable prison time. So, I guess it does not matter what you think Bill.

Finally, Bill, you and Harvey are both innocent?  Are you saying that all of those women lied? Weren’t you both convicted by a court of your peers? I’m just saying. 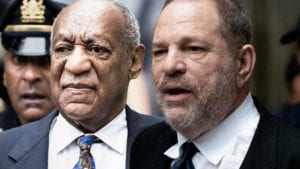