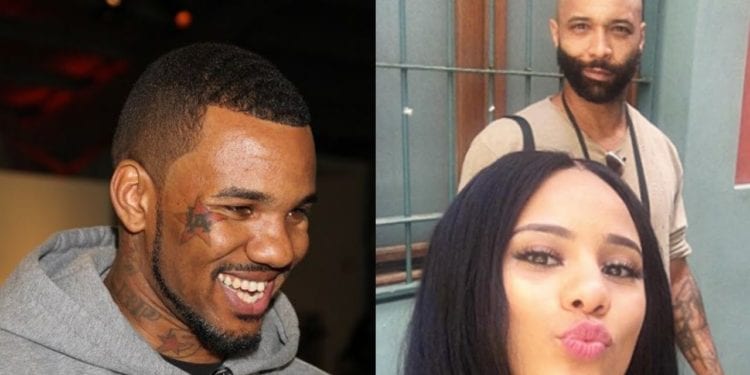 The Game is beefing with Joe Budden over Cyn Santana. Rapper Jayceon Taylor aka The Game is at it again. Last week he revealed his affair with Kim Kardashian West in some lyrics to his new song. What kind of sexual tryst did Santana have with Game? And, why is Game going after Budden throw his lady?

Why is The Game telling his sexual secrets? The world now knows the details of Game and Kim Kardashian West sexual relationship. Game wrote lyrics about Kim having sex with him  on his new up and coming album, according to XXL Mag. And, now Game mentions he has some sexual secrets about Joe Budden’s fiancee, Cyn Santana he going to release soon. But unlike Kanye who has not fired back at Game, Joe is not having it. Joe and Game fire shots back and forth on Instagram.  Check out what Game and Joe had to say:

“@joebudden you can’t sue nobody for discovering the p*ssy before you #ChristopherColumbusHeadAssN*gga #IndiansWasThere1st,” Game wrote. “I turned you into an on-air personality nigga! Enjoy retirement p*ssy! (Quavo voice)”

“The more I sat and thought about this, the more I said to myself, ‘N*gga, so what?’ What type of loser, face-ass n*gga is you, n*gga?” Budden said in the episode dated Feb. 1. “I don’t give two fucks about what anyone did before I was involved with them. To me, that’s more loser shit.”

What is the beef between The Game and Joe Budden really about?

What is the point of all of this, especially since Cyn and Game relationship is ancient news. Is Game trying to stay relevant? Are these two rappers really going to fight over a woman? How about a rap battle between Joe and Game? What do you Hip Hop Heads think? Joe Budden versus The Game, and the winner is? 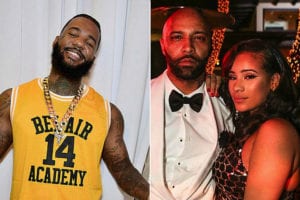