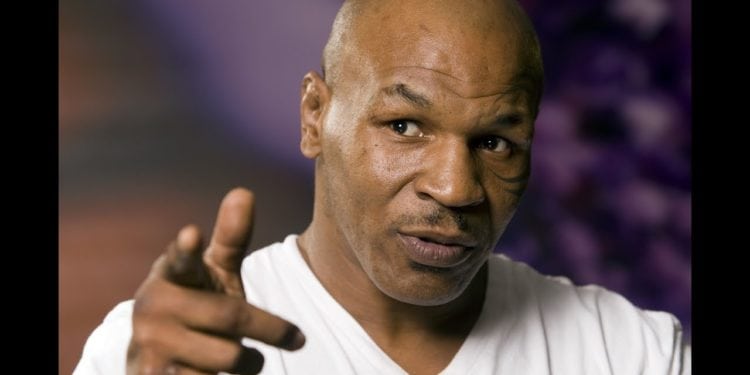 Damn !!! Mike Tyson throws a drink at Don King during live interview! On the Uncensored Truth podcast, host O’God and Sam Ant sat down with guest host, Sir Charles. Sir Charles is one of the producers working on Brandy’s new album. One of the highlights in the discussion was asking Sir Charles his thoughts on the incident between legendary former heavy weight boxing champion Mike Tyson’s reaction to the nefarious boxing promoter.

Charles stated, there seems to be bad blood between Tyson and King, however, he does not know them each personally. Sam Ant and O’God completely agreed with Charles. Tyson is a real dude!

During the Boxing Hall of Fame induction over the weekend in Canastota, New York, King approached Tyson to give him a playful tap on the shoulder but Tyson picked up a cup of water and hurled it at King.

After the event Tyson was asked about the incident. Tyson admitted he has a lot of animosity towards King but he could have handled the situation much differently. “But, you know, he touched me, he tapped on my shoulder…it’s just, I don’t know.” ” He talked in there like he was my friend and that was just bullcrap”, Tyson exclaimed.

King was once Tyson’s fight promoter but their relationship ended when King allegedly stole millions of dollars from Tyson. Tyson sued King for $100 million, claiming that King was stiffing him out of cash. King took advantage of  Tyson by making him pay King’s family members for various services.

Mike later settled his lawsuit with King for $4.2 million.

Mike Tyson the youngest heavy weight champion in the world

On November 22, 1986, Tyson was given his first title fight against Trevor Berbick for the World Boxing Council (WBC) heavyweight championship. Tyson won the title by second round TKO, and at the age of 20 years and 4 months became the youngest heavyweight champion in history.

Tyson really goes in on King. Can Tyson ever forgive Don King? That’s a lot of money to swindle from someone who was not as business savvy as King was back then. Shame on you Don King!!!!

Tekashi 6ix9ine Pulls Up In Chicago With ...