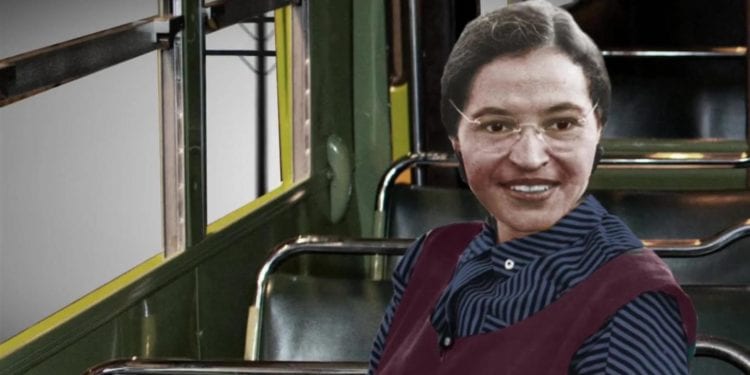 New Rosa Parks Statue Unveiled!!!!! “The Mother of the Civil Rights Movement”, Rosa Parks has a statue of herself erected 30 feet away from the very spot where she boarded the bus and changed the course of history forever. Also, her arrest, that lasted 381 days, prompted a boycott that was organized by Dr. Martin Luther King. Lastly, she passed away in 2005 at the age of 95.

Rosa Parks: A Champion For Equality

According to cnn.com, She was born on February 4, 1913, Also, she was married to Raymond Parks. Second, she rejected bus driver James F. Blake’s order to relinquishing her seat on the bus on December 1, 1955, Third, she was the secretary of the Montgomery chapter of the NAACP, Last, she passed away on October 24, 2005 of natural causes. When asked why she did what she did, Rosa Parks most famously was quoted as saying,

No, the only tired i was, was tied of giving in. Each person must live their life as a model for others. I have learned over the years that when one’s mind is made up, this diminishes fear, knowing what must be done does away with fear. I would like to be remembered as a person who wanted to be free, so others would also be free. Racism is still with us. But it is up to us to prepare our children for what they have to meet, and hopefully, we shall overcome. Memories of our lives, of our works and our deeds will continue in others. I would like to be known as a freedom and equality and justice and prosperity for all people. All i was doing was trying to get home from work. My only concern was to get home after a hard day’s work.