The Bet Hip Hop Award show aired on October 16, 2018. During his lyric on the cipher, Rapper Vic Mensa kicked the following verse: ““Only time you bear arms is in a wife beater, loser/Your favorite rapper’s a domestic abuser,”. An apparent shot at XXXtentacion, who received an award for Best New Artist posthumously. His mother, Cleopatra Bernard accepted the award on his behalf. Which was such a moving moment during the show.

What would make rapper Vic Mensa talk mention Ricardo’s behavior towards women during the cypher. Mensa rapping about Ricardo’s issues with women must have been very hard for Mrs. Bernard to hear. Isn’t it enough that she has to live with the untimely death of her son.

It must have taken  a lot of courage for Mrs. Bernard to come to the award show. In the midst of what she is going through, she stood proud when she accepted her son’s award. With the controversy surrounding his untimely death. And with the allegations of pending charges of abuse to his then girlfriend, Geneva Ayala. You would think it would give Mensa a pause.

In an interview with Highsnobiety Mensa said in his defense:

“I had no idea a grieving mother would be in the audience to honor her lost son. However, I vehemently reject the trend in hip hop of championing abusers, and I will not hold my tongue about it.”

Whether Mensa knew Ricardo’s mom would be there or not it was still risky to make such negative comments towards the slain rapper. Do you think a grieving mother wants that kind of an apology? While, I don’t disagree with Mensa saying he advocates for abused women. There is a time and place for everything. He could have picked another time to make his opinion known.

I realize rappers often take shots at each other, however, this just seemed wrong. Of course, Mensa is entitled to his opinion, however, I wonder why he waited until the BET Awards to talk about Ricardo in that way. What happened to innocent until proven guilty, Mensa? 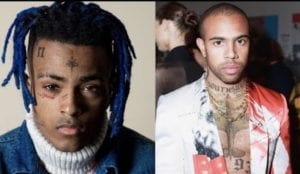 Rae Carruth Released From Prison After 18 ...