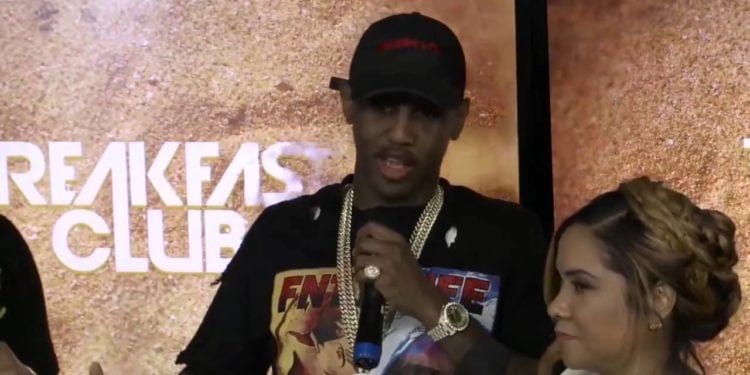 Rapper Fabolous rapped about how Angela Yee slept with Gucci on his new song Bad and Bougee with singer Trey Songz. However, when Angela was asked did this she sleep with rapper Gucci she flat out denied it. So, is it true or not?  Check out the interview Gucci Mane did on The Breakfast Club with host Angela Yee:

At one point during the chat, Angela Yee was talking about Gucci’s last visit, saying, “I just want to say for the record, I wasn’t scared when Gucci was here. You’ve always been nice and polite and kind to me.”

From there, Gucci and Yee argue about a past encounter, Wizop saying the radio host wouldn’t be scared of what he’d do but rather what he’d say because they had a history. That prompted Charlemagne and DJ Envy to ask if Gucci had slept with Yee. “She done tried,” he said. “She was on my dick back then.

” Yee laughs the claim off, saying she swears no such attempt was ever made, but Gucci seems to remember differently, referencing an interview the two did years back. “You used to be texting me ‘What hotel you was at?’ and stuff like that,” he says. Perhaps the best part of the whole clip is the giddy reaction from Charlamagne and Envy, who can’t contain themselves as Gucci and Yee debate the particulars of what went down. “You must got me confused with someone else,” she says, though. “That definitely was not me. I wouldn’t do that.”

It does seem as though Angela and Gucci had some sort of exchange. Apparently,Fabolous was just repeating what he heard. What say you?