T-Pain Speaks On Being Caught At The Airport With A Firearm!! 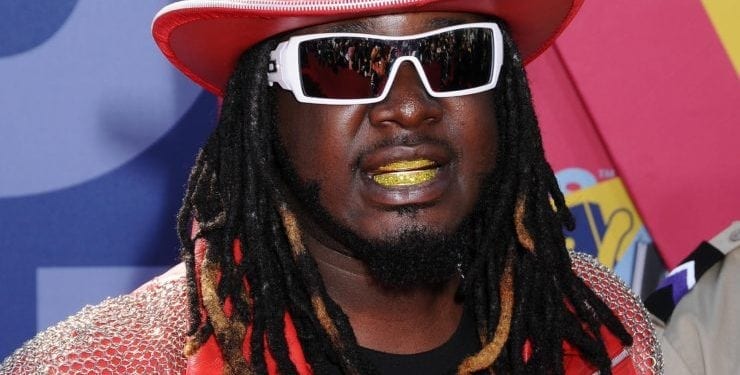 Singer and rap star Fahim Rashad Najm better known as T- Pain was stopped at a Atlanta airport. Apparently, airport security found a firearm in his body guard’s backpack. Although, T- Pain’s body guard had the gun in his possession it was registered to the rapper.  The gun was later returned to the T-Pain without incident, according to TMZ.

T-Pain went on social media to explain what happened. Here is what he had to say:

I usually have my guns has guns and jewelry lying around my house, quite frankly, “its my house, I can do whatever the f**k I want.”

It was all just a big misunderstanding

Apparently, during a filming project at his house for Red Bull with Murda Beatz his security guard collected all of the things that were on tables and put them in a backpack. Included with the jewelry was the firearm. The security guard forgot all about what was in the backpack and took all of it onto a flight.  It sounds like it was just a misunderstanding. There were no arrest made.

Rapper, Singer, songwriter and producer T-Pain has had much success.  His debut album Rappa Ternt Sanga debuted at number 33 on the US Billboard 200. Both of his singles I’m Sprung and I’m n Luv wit a stripper peaked at the top ten on the US Billboard Hot 100. Later, in his career he teamed up with Flo Rida on the song Low which peaked at number 1 in the United States and on several national singles charts worldwide. It looks like T-Pain is ready to bring us some more of his good music.

The Truth Behind The Afrika Bambaata Scandal ...