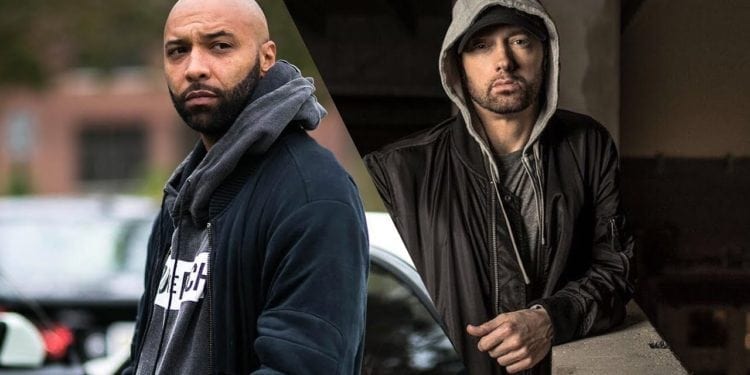 On the Uncensored Truth Podcast host O’God and Sam Ant went live to discuss current events in the media. Eminem had some very harsh words to say about people he really did not like.

Apparently, rapper Marshall Mathews better known as Eminem went in hard with his new album Kamikaze. Eminem fans have been waiting for him to put out something with his signature sound. Eminem did not disappoint.

It was apparent that Eminem had it in for Podcast host Joe Budden.  The song Ringer was absolutely fire. He didn’t appear to even take a deep breath as he spit some really crazy bars. Here is what Eminem said about Budden:

It sounds like Eminem is back with a vengeance. He takes shots at Akademiks,Lil Yachty, Migos, Lil Pump,Charlamagne and Drake. However, he gives shot outs to Kendrick Lamar, Joyner, and J Cole. This may very well be one of Eminem greatest albums , yet.

T-Pain was stopped at Atlanta airport with firearm

Singer and rap star Fahim Rashad Najm better known as T- Pain was stopped at a Atlanta airport. Apparently, airport security found a firearm in his body guard’s backpack. Although, T- Pain’s body guard had the gun in his possession it was registered to the rapper.  The gun was later returned to the T-Pain without incident, according to TMZ.

According to documents obtained by The Blast Cash Money and Young Money Entertainment stopped paying him royalties for the albums Careless World and Hotel California after they parted ways in 2016.

He claims the labels owe him significant sums of money, which he estimates to be a least $1,000,000. In the lawsuit, Tyga claims he made requests for the money owed but so far nothing. The rapper is using for breach of contract and is looking for the money he is owed, plus attorney’s fees.

As always, host O’God and Sam Ant were on point with their commentary on the latest hip hop news.

T-Pain Speaks On Being Caught At The ...