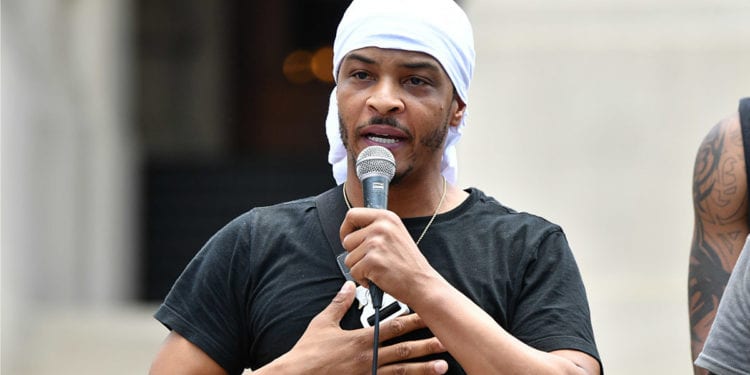 T.I. Joins Protesters In Atlanta. Clifford Harris Jr. has been on the forefront in the fight for justice. And, T.I. uses his platform to continue speak out.

T.I. joins protesters in Atlanta. With so much civil unrest you would think that police get the message. However, 27 – year – old Rayshard Brooks was gunned down by Atlanta police. The death of Rayshard has outraged citizens in Atlanta. Of course, T.I. joined the protesters in his beloved city.

What is it going to take for police reform? It is the most cruel act to kill another human. But for some reason some police do it anyway. There is something inherently wrong with the inhuman act of killing blacks. People are tired of seeing black men targeted by police brutality. This is why protesters all over the world are marching non stop. This must stop, now. I am not surprised that T.I. joined the protesters in Atlanta. After all, T.I. is a native of Atlanta.

In addition, in his speech to the protesters T.I. has this to say:

We must hold police and any others accountable for their actions. In my lifetime, I have seen so much police brutality and crimes against blacks. It sickens me. I totally agree with T.I. He went on to say that what we must be organized and have a purpose. Also, T.I. had this to say:

” We’re going to have to demonstrate but we are going to have to do it with purpose. And when I say purpose, I mean direction. We’ve got to go where we need to go and do what we need to do in those areas. Everybody needs to choose what it is you need to do, pick your purpose and operate with purpose and direction. And if you don’t do it in the name of Tip, do it in the name of Rashard and all the rest of the people who died at the hands of the police.”

Furthermore, T.I. has committed to seeing that justice is done for Rayshard. As I have said before, we all have a responsibility to make sure all people are treated fairly. Especially, as it relates to inhuman practices of the police. 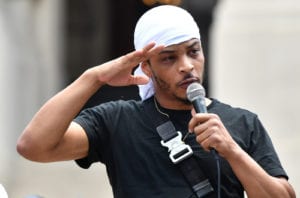