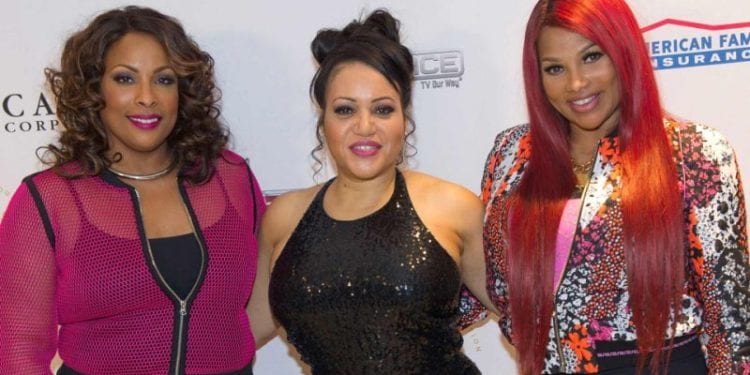 Salt-N-Pepa sued by Spin! Spinderella, the D.J. of the famous hip hop group Salt-N-Pepa is not feeling the love right now. Spin is suing the other ladies of her girl group for unpaid royalties, trademark infringement, breach of contract and fraud.

Cheryl James (Salt), Sandra Denton (Pepa) and Deidra Roper (DJ Spinderella), who make up the all girl group known as Salt-N-Pepa are embroiled in a legal battle. However, this battle is amongst each other.  After 35 years together as a group, Spinderella has filed a lawsuit against her groupmates claiming Cheryl and Sandra have duped her out of millions of dollars.

Was Spinderella Duped by Salt and Pepa?

According to TMZ, Spinderella alleges that the duping all started with their 1999 “Best Of” Album where she was promised a third of the royalties.  In the lawsuit, Spin says she was told she would get $125,000 for the project. But, she never received that money. Spin says she was cheated again when she was excluded from a VH1 T.V. show based on their rise in the music industry.  Again, she did not receive the third of the groups fee as she alleges she was promised.

Back in 2018, the trio performed at the Billboard Music Awards. According to Spin, she got NOTHING for that appearance either. Just this year, she says she was shocked once again to find out from SoundExchange, who collects and distributes royalties to artists, that Cheryl and Sandra was paid $600,000 in royalties in the last 10 years. Where was Spin’s cut in all that paper? Was Spinderella Duped by Salt and Pepa? Or was Spinderella feeling salty because she was fired from the group back in January?

Let’s be honest though, did you ever really consider Spin an equal partner in this group? That’s why it always said “with Spinderella”. Cheryl and Sandra were nice enough to bring her to the forefront because her “spinning” was played out with the go-go era. But, I guess a contract is a contract. What do you think? Let’s see how this plays out. 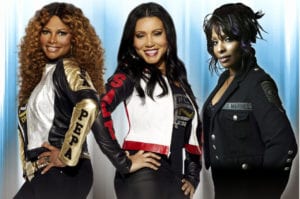