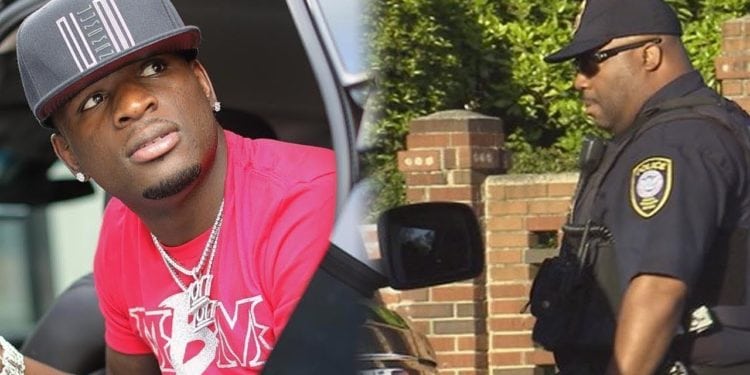 On the Uncensored Truth Podcast with host O’God and Sam Ant a portion of the discussion was on the possible release of rapper from Atlanta, Terrell Davis/Ralo Stylz aka Ralo. Ralo was arrested for attempting to distribute marijuana worth $2  million.

The 23 year-old rap artist is facing federal conspiracy and marijuana possession charges connected to the gang “Famerica” of which the feds said he was the leader. A federal affidavit stated that”at Ralo’s direction, gang members sell drugs and firearms and engage in other traditional gang activities, according to 11Alive.com.

The rap artist was at Dekalb – Peachtree Airport on April 15 after authorities allegedly discovered him flying around with 440 pounds of marijuana in a private plane’s cargo hold. In total, he stands accused of intent to distribute over 900 pounds of weed worth $2 million, according to XXLmag.

Who is young rap artist Ralo?

The young rap artist Ralo was born and raised in the “Bluff”. Ralo did not realize he was poor until he was in middle school. Ralo talked about his childhood in an interview with the DJ booth website.

” I didn’t know other people  lived better than I did,”he tells me. ” I thought everyone’s mom and dad sold dope.” Ralo went on to say ,“he didn’t know people had their own room – in the shotgun home (a narrow rectangular house with rooms arranged one behind the other) where he grew up with his two brothers, his sister, his mom and his grandmother all slept in the living room.”- Ralo Stylz

Ralo was the “Robin Hood” of the ghetto. In case you don’t know the story of Robin Hood, in short this fictional character would rob from the rich and give to the poor. This is what Ralo was doing. He was providing housing, food and other items to people in, “Bluff” (Better Leave F***ing Fool) where he grew up. Ralo was the owner of a entire apartment complex. He bought the apartment complex especially for his friends. Ralo gave away turkey and food during the holidays to less fortunate residents in his hood.

Petition to get Ralo out of jail gains momentum

Nearly 11,000 people, at time of publishing, have signed a Change.org petition written and created by Ralo’s record label Famerica on July 14. The petition accuses the government of selectively prosecuting the “Lil Cali and Pakistan” rapper and managing his case with prejudice.

” The government has stated in their opinion Mr. Davis is a threat to the community,” reads the petition. “We as a community love Mr. Davis, and do not agree with the government.”

Both O’God and Sam Ant wish Ralo the best. They are planning to place the petition so all of you hip hop heads can sign, if you like.