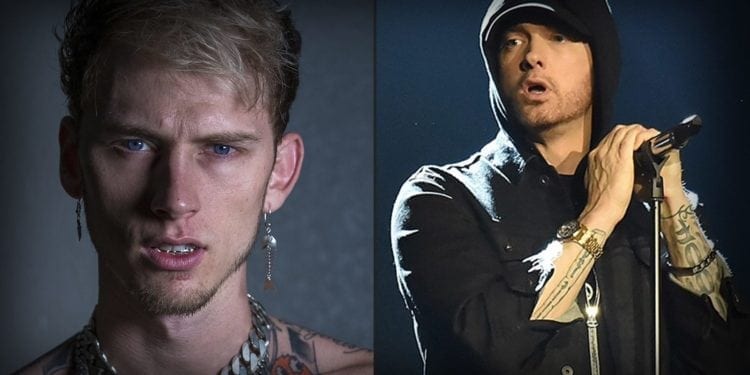 Eminem has made himself very well known to be a battle rapper. A rapper who disses people, and starts beef. (Seriously, that wasn’t an insult) With the release of his new album, Kamikaze, Eminem went on a beef campaign, with him starting beef with virtually every current mumble rapper, including some other popular, non-mumble rappers. Anyways, one of the biggest replies to this “dissing campaign” was by Machine Gun Kelly, who responded to a diss by Eminem in Kamikaze with a single titled “Rap Devil“. Evidently, Eminem responded quickly, releasing a single titled “Killshot“. So, the main debate in the hip hop community over this is, obviously in this rap battle between MGK vs. Eminem, who won? (So far, at least)

MGK’s disstrack, “Rap Devil” debuted at No. 13 on the billboard top 100. Which was his first solo entry (a song with no features) and his fifth overall appearance in the Hot 100.

Here is MGK’s video for his diss track, ‘Rap Devil’

So in the battle of MGK vs Eminem who won?

As you can see, Eminem slaughtered MGK in this new rap battle (if you want to call it that much). What do you think?

Bill Cosby Is Going To Prison