Bill Cosby Is Going To Prison 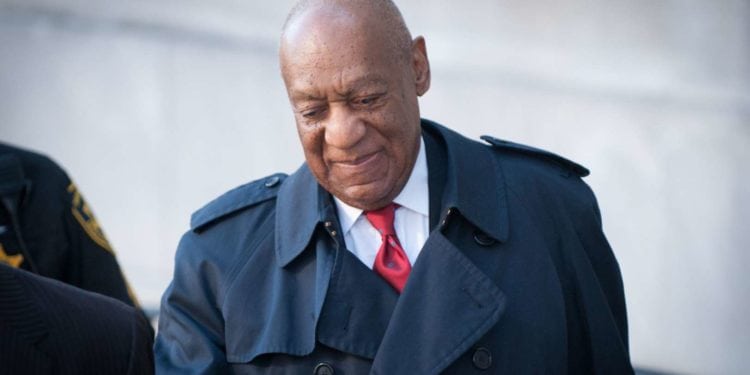 In a Norristown courtroom today, actor and comedian William Henry Cosby Jr. better known as Bill Cosby was sentenced to three to 10 years in state prison. Cosby was convicted of drugging and sexually assaulting Andrea Constand over a decade ago in his mansion outside of Philadelphia. The hosts of the Uncensored Truth Podcast gave their reactions after learning that Bill Cosby is going to prison.

Here are some details in the case

Cosby’s bail was revoked and he was escorted from the courthouse in handcuffs.  Cosby was found guilty in April 2017 of three counts of aggravated indecent assault for drugging and sexually assaulting Andrea Constand in 2004.

Montgomery county Judge Steven O’Neil handed down the sentence after he ruled Cosby to be a sexually violent predator. The judge was very clear as to why he felt Cosby should have such a harsh sentence. Here is some of what the judge said today during the sentencing:

“It is time for justice. Mr. Cosby this has all circled back to you. The time has come, O’Neil said. He quoted from Constand’s own statement to the court, in which she said Cosby took her “beautiful” young spirit and crushed it.”

Cosby’s lawyers fought hard to get his sentence reduced but judge O’Neil was not having it:

“Cosby’s lawyers had fought the sexual violent predator designation arguing that Pennsylvania’s sex – offender law remains unconstitutional despite several revisions. The judge heard testimony today from psychologist who says Cosby is no longer a danger, given his age, and should not be subject to the label.” –  CBS News

How could Cosby be a danger to society? Bill Cosby is partially blind and almost 81 years old.  Of course, the  defense team would oppose a lot of what was said about him.

What now? Do we erase Cosby’s legacy?

Does this conviction erase Cosby’s legacy? The man who was once deemed America’s Dad, Bill Cosby is going to prison, and will forever be known as a sexual predator. Is it possible to erase all that Cosby has done for entertainment with his criminal conviction?

In fact, the Cosby show gave insight and another view of Black family life that was never seen on Television before the Cosby show. Mainstream America now understood that Blacks could be and were very successful lawyers, doctors, and educators. In fact, Blacks were not all the same as previously thought. Black life was not riddled with poverty, drugs, single parent households and joblessness.

Did racism and sexism have significant roles in Bill Cosby going to prison?

Cosby’s representatives claim he did not stand a chance for a fair trial. Andrew Wyatt, Cosby’s publicist had this to say after the sentencing:

“I believe and think it is important to point out that this has been the most racist and sexist trial in the history of the United States,” said Andrew Wyatt, Cosby’s publicist. Wyatt claimed that some of those who testified against Cosby were white women who make money off of accusing black men of being sexual predators.

Something just seems off about this case. Evidently, Cosby admitted that he drugged Constand and therefore he has to pay for this crime. However, whether he is a sexually violent predator seems difficult to swallow. Cosby will have to receive counseling once a month upon his release. He will be registered as a sex offender. Of course, his legal team will file an appeal.

On a personal note, as a woman, I can certainly see why Cosby was convicted of a serious crime but I can’t help but wonder if he was railroad by the other women. After all they did wait such a long time to reveal themselves. It is really hard not to empathize with the victims but is Cosby being made an example of? Especially since the judicial system very rarely works in favor of Black men. This is sad for everyone involved. SMH!!!