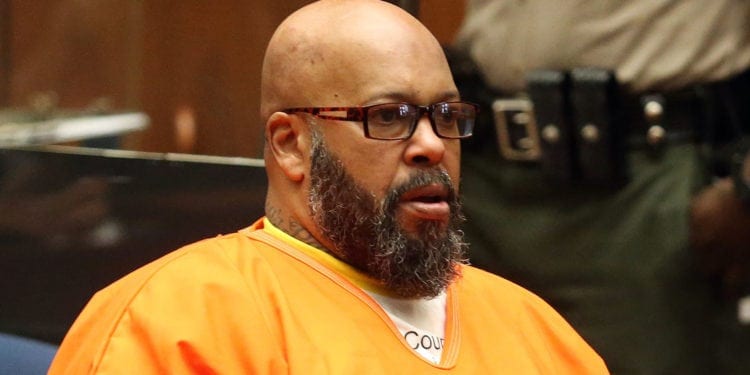 On the Uncensored Truth Podcast Live, host O’God and Sam Ant discussed Suge Knight’s criminal case. Music mogul Marion Suge Knight’s plea deal is 28 years for manslaughter. Unfortunately, Knight is not a stranger to trouble. He has a history of roughing up people who rub him the wrong way.

Knight Plea Deal is 28 years in prison for manslaughter

Death Row Records co-founder pleads no contest after running over man in Compton in 2015. Nearly four years ago Knight ran over a man in Compton killing the businessman. Knight entered a plea in Los Angeles superior court and has agreed to serve 28 years in prison. The plea happened just before jury selection was scheduled to begin.

Knight and Cle Bone Sloan, a consultant  on the NWA biopic Straight Outta Compton were involved in a fistfight that ended with Knight clipping the man with his pickup truck and running over businessman Terry Carter, who died from his injuries, according to The Guardian website.

Knight was the co-founder of Death Row Records

In the early 1990’s Gangsta Rap took over the Hip Hip culture and the music scene. Knight was instrumental in putting the new genre of hip hop gangsta rap on the map. Out on the West Coast rappers like Snoop Dogg, Ice Cube, Eazy E, Dr. Dre, Tupac and a list of others emerged with a sound that rocked the world.

Before then, Knight was a former professional ball player who was known for his imposing stature and gangsta persona. Knight played football for the University of Nevada, Las Vegas and was voted Rookie of the Year. In 1987, he played two games as a defensive end for the Los Angeles Rams as a replacement player during the NFL strike, according to The Undefeated.

After his short lived football career Knight became a bodyguard. He served bodyguard to Bobby Brown and immersed himself into the music business. Death Row Records was born. Knight was more than the CEO of Death Row Records he became friends with his artist. When asked about Death Row Records Knight told the New York Times in 1996:

Unfortunately, Death Row Records ended in bankruptcy. And most of the artists went on to have great success with solo careers. Snoop, Dr. Dre and Ice Cube careers have skyrocketed.

Knight was arrested several time in the past 20 years. He was arrested in 1987 1992, 1993, 1995, 2002, 2007 for various charges not limited to stealing, firearm possession, assault, armed robbery, attempted murdered and violation of his probation, according to Oxygen website.

In 2007, Knight was arrested for attempted murder. When asked about the incident Knight told The Washington Post:

“It went to a misdemeanor…I shot him with his own gun. “

It is very sad that Suge Knight’s entire adult life has been full of troubling arrests. It appears his lifestyle has finally caught up to him. Knight is facing prison for the rest of his natural life. Knight’s son is concerned about whether his father will be able to withstand living inside prison with all of his health issues.

Suge Jacob Knight spoke with Vibe about his thoughts on his Dad’s plea agreement. Here is some of what he said:

“With all those health issues, I’m very worried about my father,” he said.”Imm be honest. Because he’s a strong dude, but he’s human, man. It’s causing his health to be f**ked up. It’s set up for him not to make it out. And that’s just the sad part because he doesn’t deserve it. I don’t wish this on anybody…He needs attentive care all the time.” – Suge Jacob Knight

Knight’s son also mentioned that his father suffers from diabetes and blood clots which both need constant care.  He also went on to say:

“It’s time to give him a break. It’s a way that we can probably possibly beat this. There still is some positivity we can focus on right now…I just don’t wanna give up right now.” – Suge Jacob Knight

Suge Knight was once very successful. Can you believe that Suge Knight, former strongman and music mogul, potentially will be behind bars for the rest of his natural life, unless there is some sort of intervention on his behalf.