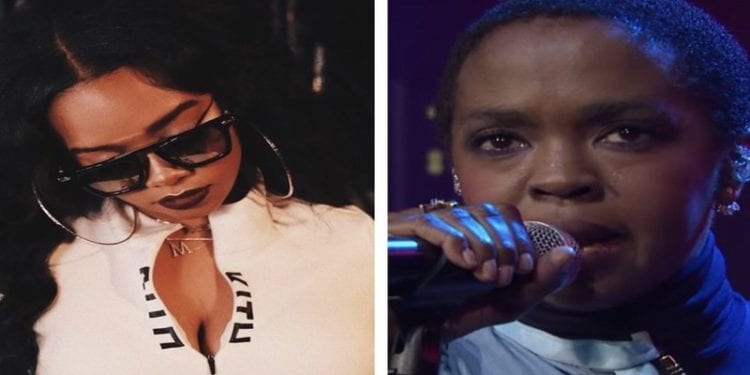 Lauryn Hill and H.E.R. together for one night only! Both Grammy-Award winning songstresses will set it off at the Hollywood Bowl in Los Angeles on October 16th.

Two R&B Divas Performing for One Night Only!

Starting out as a member of the singing group, Fugees with Wyclef Jean and Pras, Lauryn Hill soared to superstardom when she stepped out as a solo act.

Back in 1999, Lauryn Hill won 5 Grammy Awards for her debut album The Miseducation of Lauryn Hill. Of the five Grammys, two of them were for Album of the Year and Best New Artist.  That was over 20 years ago.

After signing with RCA under Sony at the age of 14, H.E.R. started out under her real name, Gabriella Wilson. She is now known professionally simply as H.E.R., an acronym for Having Everything Revealed.

No stranger to Grammy’s, R&B Singer H.E.R. has two under her belt, winning both in 2019 for Best R&B Performance and for Best R&B Album.

The two R&B Divas from today and back in the day are performing on the same stage for one night only reports VIBE. Available right now for American Express Card Members, but starting on August 9th, tickets will be available to the general public.