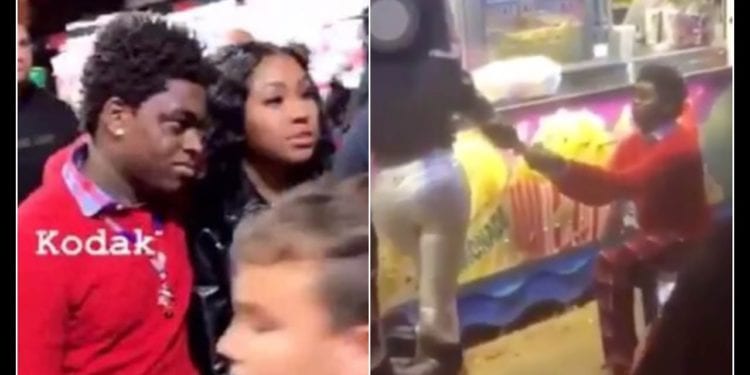 Kodak Black freestyle disturbing lyric on Yung Miami. Although, Kodak is behind bars he still manages to get into trouble. Will Kodak ever learn to keep his mouth shut?

In his latest rant Kodak Black spits venom against his ex- girlfriend Young Miami of the ‘City Girls” rap group. In a two part phone conversation with his associate Kodak freestyles about kicking Yung Miami in her stomach, according to BET News. Yung Miami is currently pregnant with 808 Mafia’s Southside’s baby. Which has Kodak out of his mind for him to say something so horrifying. Here is some of what Kodak Black said during the freestyle:

“I bought Yung Miami a ring, she wanted 808 baby,”he raps, alluding to the rapper’s pregnancy with the 808 Mafia leader.”When I see her I’ma hit that bitch in her stomach/ The way I keep my shit too real, they say I’m fucking up my money.”

It was not enough that he tried to holla at Nipsey Hussle lady Lauren London. Now, he threatening his ex – girlfriend. Kodak better hope that Yung Miami does not press charges on him. And, that Southside  does not decide to blast him. 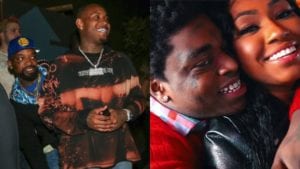