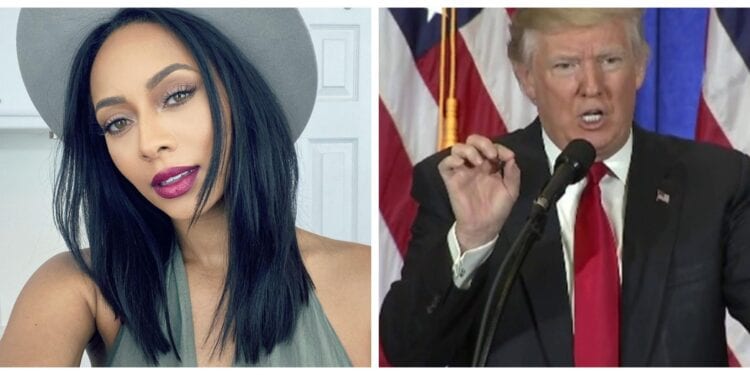 Keri Hilson In Trouble After Tweet. We have not seen singer Keri in the news for a minute. In fact, Keri has not had a new music in a while.

Keri Hilson in trouble after tweet. You and I both know that Trump has been banned from social media. His Twitter, Facebook and other popular social media sites have shut his accounts down, indefinitely.

But who would of thought that Keri would speak on the issue. With that said, check out some of what Keri said on Instagram:

“A democracy must include freedom of speech,” Hilson wrote on her Instagram Stories. “Imagine other leaders or popular figures not being able to voice their opinion if it opposes the majority of world leaders…Our freedom of speech is being taken from us.”

And, as you can see, Keri is taking some serious heat for this, as reported by Complex. I wonder if she knew her fans would turn on her so quickly. Is it ethical to limit Trump’s freedom of speech? Or was it the right move for social media to shut Trump’s account down.

Of course, Trump has been sounding off on Twitter since he has been in office. In addition, Trump has said many questionable things on social media. However, does what Keri said have any merit?

Does “freedom of speech” allow anyone to send messages that allegedly cause mayhem. Personally, I do believe we have a right to certain freedoms. Especially, as it relates to so called “freedom of speech.” But when it comes to people being harmed. It’s a huge no for me.

In spite of  what Keri said, some will agree with her. While others will not. With that said, Keri is being dragged through the mud. I hope she can bounce back from the backlash. 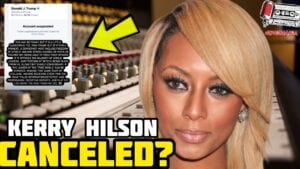