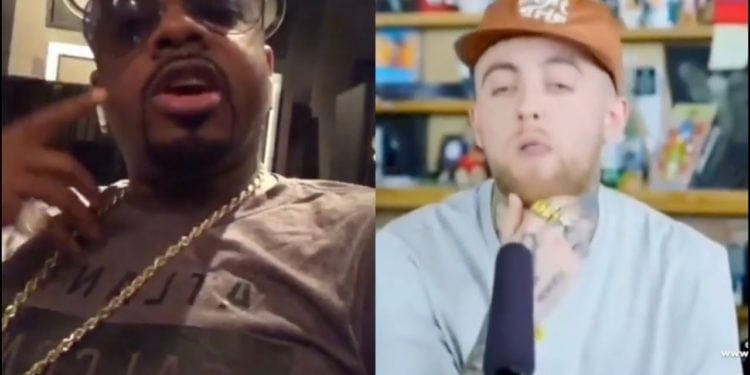 Why is drug use so accepted in the hip hop community?

In the hip hop community the use of marijuana, lean and prescription pills is so very acceptable. There are rappers who highly promote drug use. In fact, many feel that using drugs helps creativity flow. However, what is not highly published is the abuse and the adverse effects of long term drug use. Take out the word recreational because there is no such thing. Anyone who has used drugs will say that addiction is probable if not inevitable.

In recent years there has been a surge of prescription pill preferably Xanax use in the community at large. To the point that the government has placed commercial ads on television geared to assist those addicted to prescription pain medications seek help.

Here is what one of our writers Ian at Hip Hop News Uncensored shared in an editorial:

“Throughout the years, drugs are constantly referenced in hip hop. Even to the point to where they seem glorified and are popularized by rappers. For example, in the 1990’s, after Cypress Hill’s debut album, Black Sunday and the release of Dr.Dre’s “The Chronic” album, the popularity of Marijuana references in hip hop grew extremely, even to the point of up to 45 percent of all hip hop tracks featuring references to drugs in the mid-90’s. References to other drugs such as Lean, Cocaine, Crack, Ecstasy, and Molly rose steadily throughout the 2000’s. Many reasons for the increase in Lean references  can be attributed to Lil Wayne, and his struggle with Lean.”

“How could drugs possibly be glorified in hip hop?  Well, according to research from genius.com, the reference of prescription drugs in hip hop are slowly growing since the early 2000’s. And, with many of rappers today tweeting, videotaping, and rapping about them doing drugs. It could easily influence young adults to get their hands on the drugs they are talking about to see what’s so awesome about these drugs.”

The statistics in Ian’s report were staggering.  Dupri has reason to sound the alarm. Here is some what he said:

“I just got to the studio. I’m just hearing about Mac Miller. It’s sad man, I did not really know him like that but my prayers are with his family, friends and everybody. We have to change the narrative, for real. Puff been saying this for the longest, we got to change it. People been asking me when is the Jermaine Dupri story coming. It probably won’t happen no time soon. Ain’t no drug addiction, ain’t no woman beating, ain’t no jail time.

When Jermaine Dupri speaks on drug abuse he says this:

You know, I don’t care how niggas take this, you can call me whack, whatever you want to say. But a drug overdose, that ain’t how you, you know if he was your man, one of ya’ll been around when he was doing it, I know we in the era of old n–ga go along with young n–ga’s , make it look cool, ya know what I mean. Drug overdose is not cool. We gotta start lettin n–ga’s know, ya’ll out her letting this s–t fly, that is wack.” – Jermaine Dupri

It sounds like Dupri was throwing shots at all of Miller’s inner circle and R&B singer Bobby Brown. Brown had some of the drug abuse issues Dupri was talking about. Hopefully, what Dupri had to say will resonate with the hip hop community. How about starting a new revolution on the war of drugs? We are losing to many of our young to this drug epidemic. Let’s stop glorifying drug use and promote health and wellness.