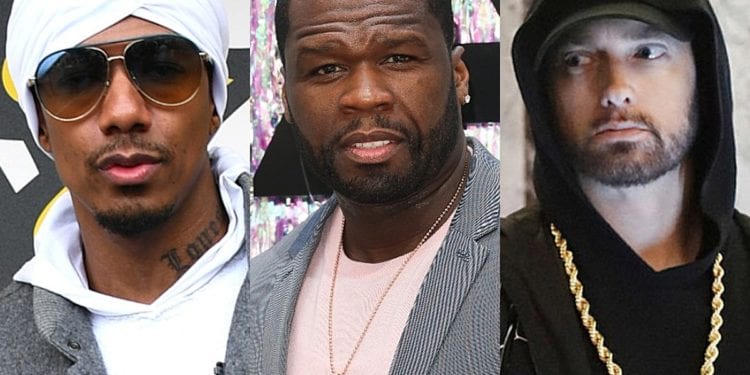 Huge Beef Brewing With 50 Cent N Nick Cannon! Here we go again with 50 Cent beefing with another entertainer. When will the shenanigans end?

Huge beef brewing with 50 Cent n Nick Cannon because of Eminem. In case you have not heard what started the beef let me fill you all in. Apparently, Eminem throw a few jabs at Nick about the song he did with Fat Joe ‘Family Ties.” And, Nick responded with a diss track featuring Suge knight, as reported by XXL Mag.  And, when Fifty got wind of it, it was on.

Not to mention, Eminem could be considered Fifty’s mentor. So this may be the reason why Fifty took Nick’s diss against Eminem so personal. Then Fifty posted a very disturbing photo of Nick in a bikini top. Now, I don’t know when this photo was taken. However, the photo puts Nick’s character in a precarious position. Don’t you think?

Be that as it may, Fifty has waged war against Nick. And, we all know if Fifty gets started beefing with you it may never end. Sadly, I like both entertainers. Personally, I think these kinds of feuds are pointless. But obviously, Fifty and Nick like ripping one another to shreds.

Ironically, although the beef seems to be serious Nick invited Fifty on his very popular show “Wild -N-Out.” I am not sure where this beef will end. Could this beef wind up in actual blows? Or is this a publicity stunt for both men? 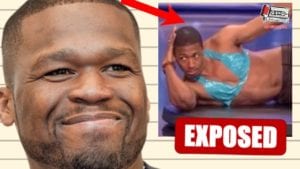 Will Tekashi Get Out Of Prison This ...