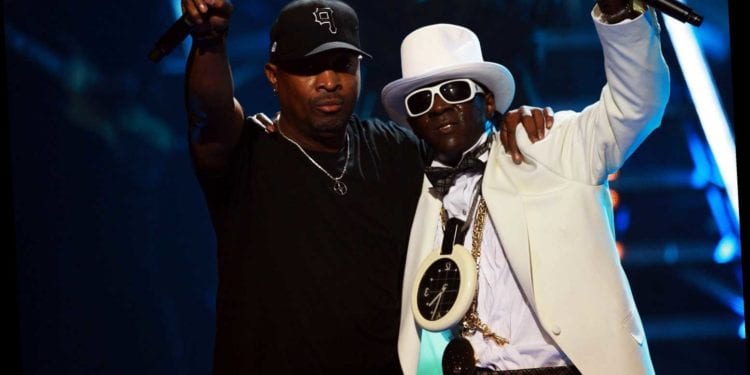 Flava Flav Fired By Chuck D Cause of Bernie. William J Drayton Jr. aka Flava Flav the hype man for the legendary rap group is out. The rap group Public Enemy was notorious for putting out songs like, “Don’t Believe the Hype, “Fight The Power”, and other politically charged songs.

Did Flava Flav’s over step his bounds?

Flava Flav Fired By Chuck D Cause of Bernie. Is it possible that Chuck has had enough with Flava’s antics.  I found out that the straw that broke the camels back, for lack of better words was the Bernie Sanders rally. This was really surprising to me because Public Enemy has been around for 37 years. This legendary hip hop duo have had some issues in the past. But I could never image this would end Flava’s relationship with the rap group.

With that being said, it appears that Public Enemy Radio would perform. However, Flava was upset because Public Enemy would not be performing. Flava claimed that this constituted ” deceptive marketing.”  Flava went on to say that he has not endorsed any candidate. And, that Chuck D does not represent the group. Although, it was clear Chuck D was backing Sanders, as reported by The Washington Post.

Flava released a statement of his own. Here is some of what Flava’s attorney shared about the issue:

“There is no Public Enemy without Flavor Flav,”Flav’s attorney, Matthew H. Friedman, wrote in a letter to the Sanders campaign, which was widely shared with the media. “Sanders claims to represent ‘everyman’ not ‘the man’ yet his grossly irresponsible handling of Chuck’s endorsement threatens to divide Public Enemy and, in doing so, forever silences one of our nation’s loudest and most enduring voices for social change.”

Do you all think Chuck D and the other Public Enemy members were right to fire Flava? Or do you think that Flava should had the right to protest against Bernie? 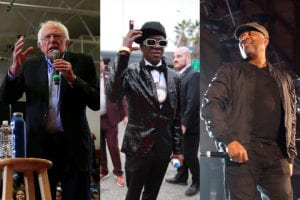