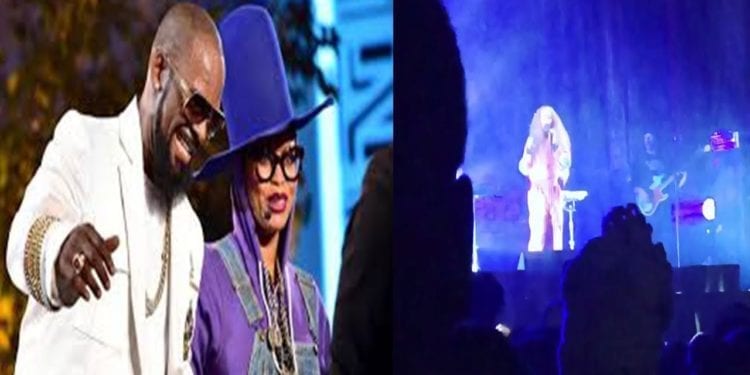 Singer Erykah Badu receives backlash for supporting R Kelly. There has been a lot of comments about Kelly since the docu – series on him was aired on Lifetime. Surviving R Kelly revealed a lot of horrible information about Kelly’s abuse of underage girls. Some celebrities have come out in support of Kelly and Badu is one of them.

Badu said she loves R Kelly and is praying for him

During a concert Badu stopped in the middle and said a prayer for embattled singer R Kelly. Her fans were so upset that she was booed. Badu received such a backlash for her support of Kelly that she attempted to explain.

However, fans were not having it, according to the Guardian. Here is some of what she said on social media:

“I hope he sees the light of day if he’s done all those things that we’ve seen on TV and heard those ladies talk about,” she says in the video. “I hope he sees the light of day and comes forward.” Badu continues,”But y’all say ‘f-it! See that’s not love. That’s not unconditional. But what if one of the people that was assaulted by R. Kelly grows up to be an offender, we gonna crucify them? I mean how do we do this? Just something to think about.” 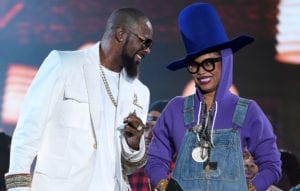