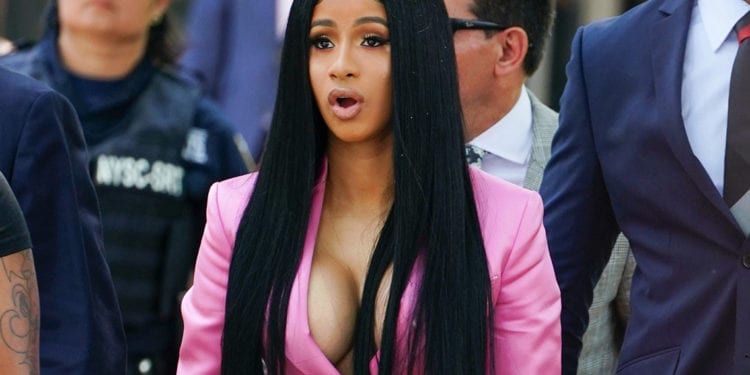 Cardi B Assault Case Courtroom Attire Questioned!!! Everyone knows Cardi B got herself in a bit of trouble over a brawl at a Queens New York strip club back on August 29th of last year. Felony charges were handed to her by a grand jury for attempted assault of two females.

Cardi B was rocking Stilettos and a Pink Birkin Bag

When 26-year-old Cardi B walked into that Queens Courtroom, all eyes were on her. Not for the assault charges, but rather the designer clothes she was rocking. Cardi B was decked out, cleavage spilling all out of her designer suit. She was also strutting high heeled stilettos and carrying a pink Birkin bag.

Celebrity Defense Lawyer for the accusers, Joe Tacopina blasted Cardi B for her attire in an interview with the New York Post,  saying Cardi was treating the courtroom –

“like a runway show…Here’s a woman who got indicted by a grand jury with felony charges, and appears to only be concerned about what she’s wearing…it’s not consistent with someone taking this seriously.”

The “Bodak Yellow” rapper later court wind of what was said and it really upset her. Of course she fired back in an Instagram video, and she didn’t mince words –

“I don’t dress inappropriate when I go to court. I dress like a young fucking lady…Where am I supposed to get my suits from, H&M? Why are you worried about the way I dress?”

Cardi vented further, stating she once went to court with a fur coat on because it was 14 degrees outside! She further ranted about Lawyer Tacopina’s statements, saying –

“You worrying about what a woman is putting on her body when she go to fucking court, get the fuck outta here!” 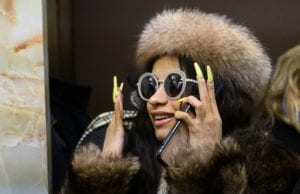 Check us out at Hip Hop News Uncensored. It’s the best YouTube channel for Hip Hop.