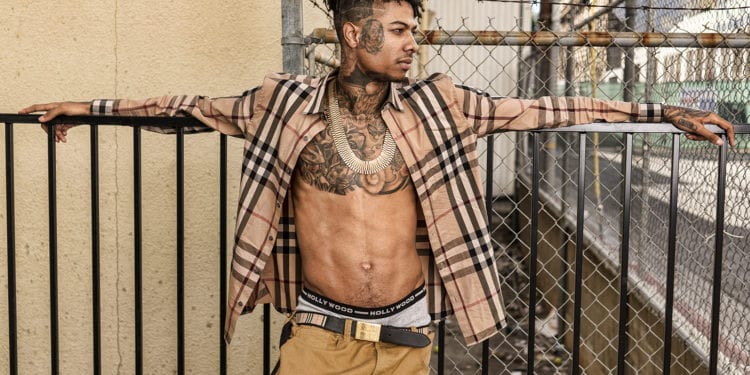 Attempted Robbery At Blueface Baby Mansion. The California rapper whose real name is Johnathan Michael Porter was away in Dubai. Allegedly, three men tried to rob his home.

Blueface is offering a $5k reward for robbers names

Three men attempted to rob the mansion of Blueface Baby. The camera’s outside of Blueface’s home captured the robbers faces. And, allegedly one of the robbers said his name on the security video, as reported by The Source. Blueface is offering $5k for their government names not their alias. In the meantime, Blueface is album “Find the Beat” is scheduled to be released on December 6, 2019. I took a look at the footage on social media. You can clearly see three men in hoodies in close to Blueface’s front door. Blueface called them “world’s dumbest criminals.”

In case you all don’t remember, Blueface Baby allegedly threw his mother and sister out of his mansion in July. The “Thotiana”, rapper, was in a relationship with two women at the time. Allegedly, Blueface’s mother got into an argument with one of his girlfriends. Blueface sided with his girlfriend and put his mother and sister, Kali out. Kali dragged Blueface on Instagram claiming he was ungrateful. Kali let Blueface fans know that it was his mother who paid for his studio time when he was living in his car. The situation got really ugly. Be that as it may, Blueface sure has a lot to be grateful for, in spite of throwing his mother out. 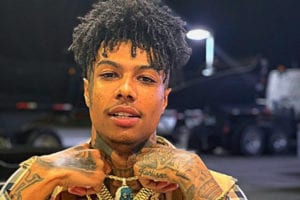