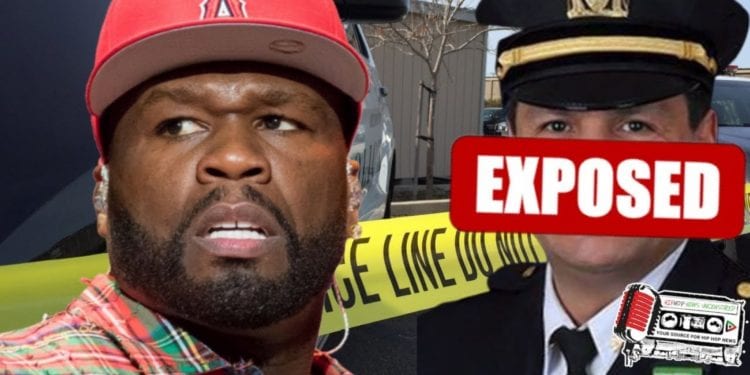 50 Cent knew NYPD would protect dirty cop. This information about the cop who wanted 50 shot on site should not be surprising. Good thing Curtis Jackson aka 50 Cent understands that nothing is fair when it comes to the NYPD.

Officer Gonzalez will not be charged, case closed

Last summer, Deputy Inspector Emmanuel Gonzalez filed and aggravated harassment complaint against 50 Cent. Apparently, 50 Cent commented on his Instagram that Gonzalez took part in shaking down the owner of the Love and Lust Club in Sunset Park. 50 Cent was friends with the owner and frequented the establishment often. 50 Cent wrote ” get the strap” which is a slang term for “get a gun.”

Allegedly, Gonzalez took the comment as a threat against him, according to The Root. During a roll call at the precinct Gonzalez told fellow officers in the room “they should shoot him on sight.” What Gonzalez said made it back to superior officers. An investigation ensued against Gonzalez. However, the NYPD claims that could prove any malice or intent behind the statement. Therefore, there will be no charges against Gonzalez. Case closed. Here is what 50 said:

“I knew they were not going to do anything about this, so I stopped talking about it. NYPD is hands down the toughest gang in New York,”

Certainly, a lot of us think that 50 is accurate in his assumptions about the NYPD. How many times have the NYPD  gotten away with unfair practices against Black and Brown people? At least 50 has the means in which to protect himself. Unfortunately, another dirty cop is not held accountable for his wrong doing. SMH!!! 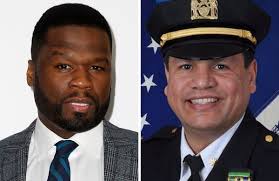 Floyd Mayweather Amps Up Beef With 50 ...