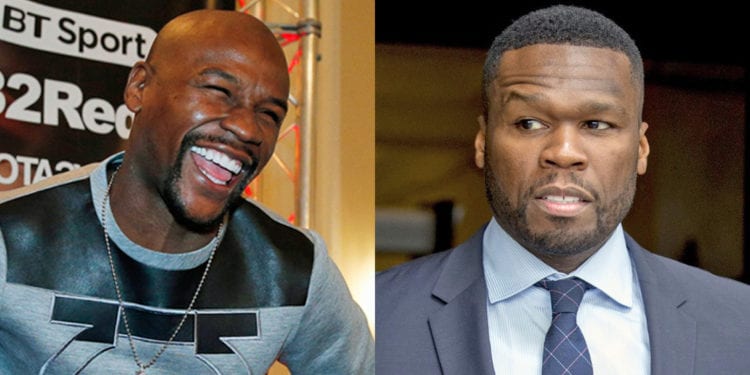 Floyd Mayweather amps up beef with 50 Cent. Pointing out that 50 Cent Trails Other Rappers in Business, Mayweather lays out his evidence!!!

50 Cent vs. Other Rappers In Business Ventures

No stranger to petty squabbles, 50 Cent has found a close match in Floyd Mayweather, as reported by Complex. After many back and forths between these two, Mayweather has the latest blow.

As posted on his Instagram account, Mayweather shared an article from Today. Titled Kanye Easily Beats 50 Cent In Sales Battle, the article declares Kanye West a winner over Fifty.

Adding to the post, Mayweather compared Fifty to other rappers business ventures and came to the following conclusions –

It was only 4 shots that ended Curtis 🐀 Jackson rap career

50 Cent Punches Back at Mayweather

After those snubs, Mayweather posted a chart titled 50 Cent Record Sales Decline 2003 To Present. Responding to the champ on his Instagram, 50 Cent poked fun of Mayweather’s inability to read, but then he deleted it. Following that post, 50 Cent put up another –

Tell Floyd I said he won he is the greatest of all time. and nobody I mean nobody can ever take that away from him what he’s done with his life is amazing. I’m done with all of the back and forth. Now Can Someone Please Read This To Champ.

Ouch! Didn’t these two use to be friends? You know this ain’t over! 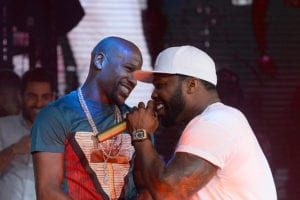