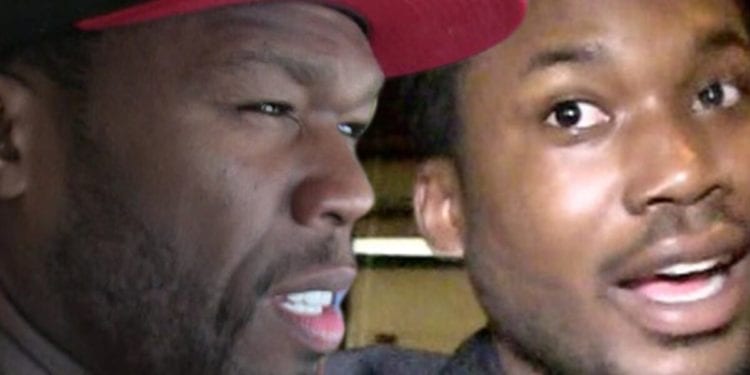 When will 50 Cent and Meek stop the madness?

50 Cent And Meek Mill Beefing Again. Just when I thought Fifty was threw with his antics, he throws a punch at Meek. So it appears that my two favorite hip hop artist are beefing again. These two super talented men just seem to dislike each other. And, I really can’t figure out why?

During Fifty interview with The Breakfast Club he talked about his upcoming spin off from Power. And, of course Fifty had a lot to say about his upcoming projects on Showtime (Power Book 2 and ABC (For Life), as reported by HipHop DX. In the midst of the conversation Fifty shared his thoughts on Meek and Drake beef. Check out what Fifty said about Meek:

” People who pick fights with people who don’t want to fight, those are punks, “he says. “Meek Mill, when I ran into him finally, he said, ‘I need to talk to you like man.’ He pulled me on the side. I was looking at him and I wanted to punch him. The stuff that he said, I wanted to punch him. And I didn’t. I just looked at him and said, ‘Yo I didn’t understand why you felt like that.’

“He’s a battle artist. That’s where you come from, so when he says something to Drake and then doesn’t respond and Drake says something back, I’m gonna lap him. I was waiting for you…he felt like I was kicking him when he was down because he felt about the momentum Drake had.”

In other words, Fifty was expecting Meek to battle rap Drake. However, that did not happen. I guess Fifty was a little taken aback since that is Meek’s forte. Obviously, Meek did not like Fifty’s comments about him so he fired back with this:

“It’s not a coincidence all these people bringing my name up at once lol I been moving too right and certain people not feeling it because most of these guys can’t get in the room! “I been outside for years in the field!!! Now I’m helping changing laws now and freeing people.”

Although, Meek did not mention Fifty’s name on is Instagram post, clearly he threw a one two punch. Wouldn’t you say? I guess they back at it again. I will say this Meek has certainly evolved over the past few years. And, I hope Meek and Fifty can learn to celebrate together instead of beefing over nonsense. 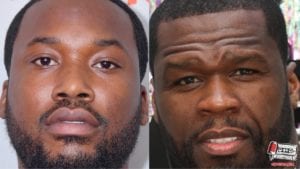