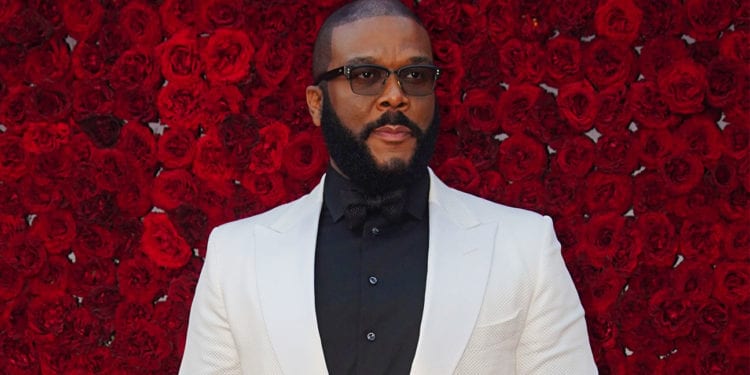 Tyler Perry journey from adversity to triumph. Tyler Perry has come a long way from his days of homelessness. In fact, Tyler’s story is the quintessential rags to riches story. Tyler has proven that with hard work and dedication you can achieve your dreams.

Why is Tyler Perry so successful?

Tyler Perry was born on September 13, 1969. Tyler’s parents, raised him in New Orleans, Louisiana. Tyler talks about the abuse he suffered at the hands of his father, Emmitt Perry Jr. Tyler opened up about why his mother, Willie Maxine Perry allowed his father to abuse them both. The abuse Tyler endured from his father was very traumatic. However, Tyler gives credit to his mother for taking him to church. It was through his faith in  God that Tyler gave him strength to overcome his past childhood abuse.

Tyler’ story from adversity to triumph is very inspirational, to say the least. Tyler was homeless, and suicidal at one point in his life. There were times that Tyler wanted to give up on his dreams. But Tyler stayed the course. And, like many other black men in America the odds were against him. Tyler could have given up. Tyler could have settled for a mediocre life. So many people give up and throw in the towel. However, Tyler has become one of the most successful Black men in the world.

Tyler’s early life was filled with poverty and abuse. Tyler had to figure out a way to manage his feelings. That was when Tyler began to write heartfelt letters to himself. Tyler gives credit to Oprah Winfrey for the idea of writing as a tool for therapy. And, Tyler was able to write his first play “I Know I’ve Been Changed” in 1992. Tyler’s play did not do well. However, Tyler did not give up. 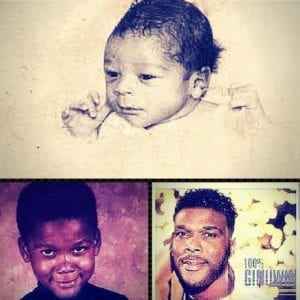 Eventually, the same stage play “I Know I’ve Been Changed” would bring Tyler great success. In fact, Tyler had to move the play to the acclaimed Fox Theatre in Atlanta. The black community came out to support Tyler. Tyler has written over 20 stage plays, TV shows and movies to his credit.

In addition, Tyler has turned some of his plays into huge box office hits in the theaters.Tyler has such an impressive list of accomplishments. In 2006 Tyler opened his first movie studio. However, Tyler’ dream was much bigger. Tyler purchased 330 acres which was formerly Fort McPherson. Fort McPherson was once a base for the Confederate Army during the war. 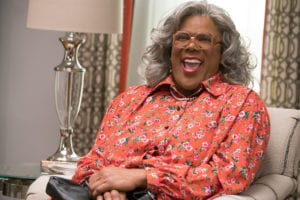 On Saturday, October 6, 2019 Tyler held a star studded gala for his promote new movie studio. The Tyler Perry Studios is a mega filming complex built on 330 acres of land. The amazing thing about this studio is it on the former Fort McPherson and old confederate army base, as reported by the Atlanta Journal Constitution. 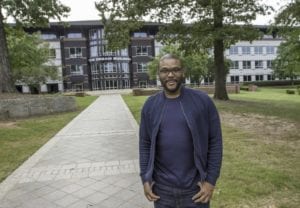 Tyler’ studio has 12 sound stages. Tyler has chosen the name of Whoopi Goldberg, Denzel Washington, Sidney Poitier, Halle Berry, Spike Lee, Oprah Winfrey, Diahann Carroll, Della Reese, Cicely Tyson, Will Smith, Harry Belafonte and Spike Lee to name the sound stages after. The celebrities who were able to attend had the opportunity to christen their sound stages. What a historical, monumental occasion.

During the grand opening of Tyler Perry Studios many of Hollywood’s stars attended. Here are some photos from the historical event. 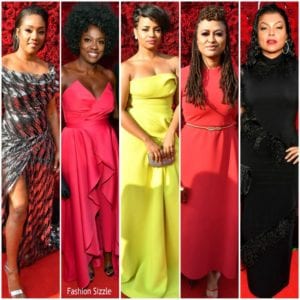 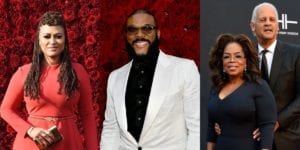 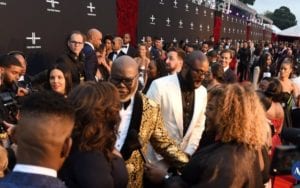