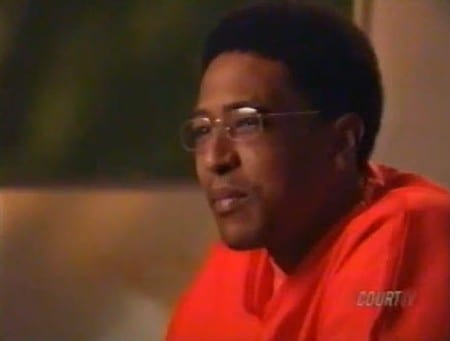 Corey Miller aka C-Murder fights to get released from prison but to no avail. Here is the story of how  C-Murder life was turned up side down.  Miller is serving a life sentence for allegedly killing a man in 2002. In the latest news, Miller is asking the judge for a re-trial. However, one again the judge has refused. This is a case for the record books.

In September 2003, Corey Miller aka C-Murder was convicted of the January 18, 2002 beating and fatal shooting of a fan, 16 – year – old, Steve Thomas. Unfortunately, Thomas was at the Platinum club in Harvey, Louisiana when he should have been home in bed, according to XXL Magazine.  Thomas had used a fake ID to get in the club. Allegedly, Thomas got into some kind of altercation with C-Murder and his crew. Thomas was beaten and kicked before he was shot. According to the bouncer, Darnell Jordan at the Platinum club:

“I grabbed C-Murder and told him to chill out. He tried to weasel his way in. And when he did, gunshots, no , one gunshot…Miller stuck his hand under the pile. That’s when I saw the muzzle flash.”

C-Murder was arrested a few days later, outside of the House of Blues, which had wisely banned him. Corey Miller was originally arrested for disturbing the peace. The off duty officer, Robert Stolz, called police because he believed Corey Miller had some outstanding arrest warrants. C-Murder was indicted for second degree murder.

On August 5, 2009 the murder trial began. Thomas father testified at his C-Murder’s trial. During the trial the jury was having difficulty coming to a conviction. The jury was deadlocked but was ordered to try again by Judge Hans Liljeberg. The jury finally reached a verdict. The verdict was 10-2. C-Murder was convicted of second – degree murder. C-Murder hearing was held on  August 14 by District Judge Hans Liljeberg and was sentenced to life in prison.

Two jurors later admitted there was pressure to convict C-Murder

On August 27, 2009, Ernest Johnson, president of the NAACP, requested an investigation into jury deliberations. One of the jurors, Mary Jacob, said that both she and a fellow juror, a 20 – year – old Xavier University of Louisiana, were verbally abused by fellow jurors for their decision to acquit C-Murder.  Jacob switched her verdict. Here is what Jacob said:

“They literally made this 20 – year – old girl so violently ill, she was shaking so bad. She ran into the bathroom. She was throwing her guts up. She couldn’t function anymore. That’s when I decided, the judge don’t want to listen to me, doesn’t want to listen to us? I told them, ‘You want him to be guilty? He’ guilty; now let’s get the hell out of here.”

While serving a life sentence in Angola prison, Corey Miller aka C-Murder and his fellow inmates have decided to participate in a hunger strike, according to Complex. Master P spoke with the media to confirm the hunger strike.

“”I am now on a hunger strike to fight these injustices against my peers and against myself,” he said, before explaining the abuse he has witnessed and experienced. “Only in Angola can a Warden be arrested for rape and continue to serve as an officer in this Louisiana Penal System. This Warden has an abundant amount of racism and physical harm complaints against him from other inmates. We need an internal affairs investigation now. We cannot survive or live in such deplorable and inhumane conditions […] Angola is a disaster. At a moment’s notice, we can die for voicing our opinion. But a voice must be heard. Even a whisper can be heard if you listen closely. A hunger strike is the whisper I bring.”

The latest developments in C-Murder case

Corey Miller aka C-Murder was just denied a re-trial. Although, the two witnesses, Kenneth and Darnell Jordan both recanted their testimonies. Kenneth admitted that he felt pressure from detectives to lie, according to Vibe. And, Darnell claims that he also felt,” threats and coercion,” according to Miller’s legal representation, attorney, Paul Barker. Both signed affidavits for Barker. Here is some of what attorney Barker said:

Two of Corey Miller’s friends and collaborators, Cuttboy G-Dinero and 2Meka Diaz, submitted his case to Reasonable Doubt, a true-crime show with the TV network Investigation Discovery in August 2017. When the investigators on the show searched for Jordan and another witness, Jordan finally stepped forward to change his story. No matter how hard Master P and his family fight for the release of Corey Miller aka C-Murder, it will not happen any time soon. 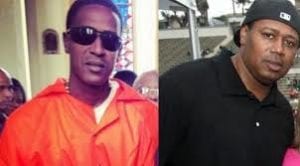 DMX Speaks Of God’s Protection In A ...