Xzibit Tells Why He Quit Pimp My Ride. The popular reality TV show aired from 2004-2007. The shows concept was to fix up some really horrific looking cars.

Xzibit walked away from millions

Xzibit tells why he quit Pimp My Ride. The reality show was based on the West Coast Customs shop in Los Angeles. During the show Xzibit showed up a someone’s home whose car needed a make – over. The person’s car would be in really bad shape. However, by the end of the show the car or van would be “pimped out.”

The famous West Coast rapper was introduced to another audience. Xzibit became known when he worked with closely with Dr. Dre and Snoop. After his first album Xzibit had much success, as reported by Ambrosia for Heads.

The Hip Hop Uncensored hosts O’God and SamAnt spoke with Xzibit. During the interview Xzibit was very candid about his leaving “Pimp My Ride.” Even though, the reality show was very successful Xzibit did not make a lot of money. In fact, I was really surprised to find out that he only was paid a hosting fee. The show made millions of dollars. Unfortunately, the owners were paid in full. Xzibit mentioned it was one of reasons he left.

Also, Xzibit felt the show had gotten away from its original concept. The show became to commercial. It was no longer about the people who had their rides pimped out. It was another great interview with O’God and SamAnt. 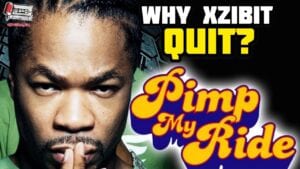 The Butler On Fresh Prince Of Bel ...