What’s Going On With Kanye???? 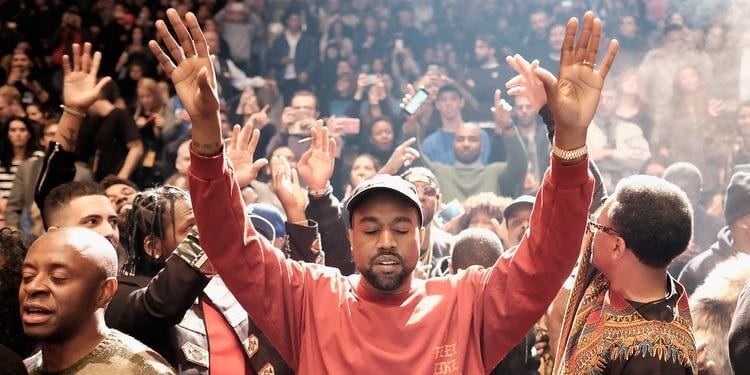 What’s Going On With Kanye? During Kanye’s first appearance for the run of the presidency he cried. And, what Kanye shocked his audience.

Why did Kanye cry at his rally?

What’s going on with Kanye? While addressing the audience at his first rally Kanye became emotional. During Kanye’s speech the topic of Abortion was addressed. The 43- year – old rapper was in front of a small crowd in Charleston , South Carolina discussing his candidacy for president.

In the beginning of Kanye’ speech things were going well. However, it appears Kanye became unraveled. Someone please tell Kanye not to tell his business. Although, I understand why Kanye spoke about his experience with abortion. I am not sure Kim would be as sympathetic. Especially, since Kanye gave details about their decision to keep oldest daughter (North West).

It must have been awkward for the people in the crowd to see Kanye cry. Also, what was the purpose of  Kanye wearing a bullet proof vest. To top it off, Kanye had 2020 carved in his head.

Additionally, Kanye went on to make as statement about Harriet Tubman that some would consider off, as reported by People Mag.

In my opinion, it was like watching a movie scene gone bad. I could not help but wonder if Kanye was acting. Was Kanye’s speech a ploy to distract votes, as reported by People Mag.

Although, Kanye does seem a bit off, he is passionate about what he believes. It would be great to see how Kanye would evolve with the right people backing him up.

With that said, will anyone take Kanye serious at this point? Or will Kanye lose all of his credibility? Some might think Kanye is mentally unstable but is he really? Will Kim walk away from Kanye after this? One thing is for sure, Kanye really knows how to captivate an audience. Wouldn’t you agree?? 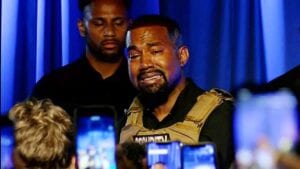