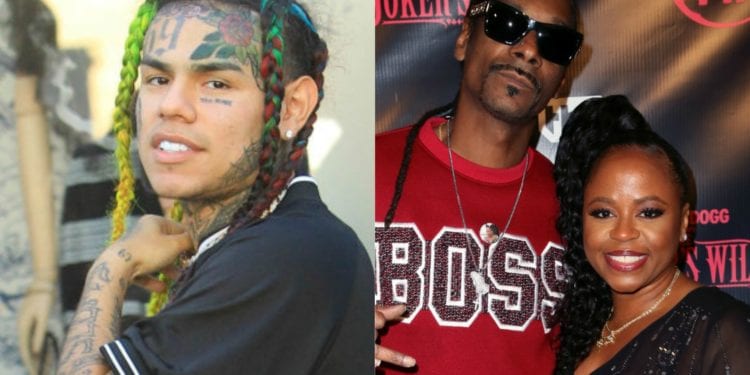 Snoop And Tekashi 69 Beef Ignites. It sounds like Tekashi is at it again. And, this time Tekashi is going after the legendary rapper Snoop Dogg.

Tekashi trying to go up against Snoop

Snoop and Tekashi 69 beef ignites. You would think by now that Tekashi has learned when to choose his battles. However, Tekashi is back to beefing with other rappers. But I don’t think this beef is going to end well for Tekashi. What in the world does Tekashi help to gain by beefing with Snoop.

Obviously. Tekashi must not know he is out of his league. Snoop is an Old “G” in the game of hip hop. Will somebody please help this youngster out? I think Tekashi believes he is invincible. When if fact that is not the case. Keep in mind, Tekashi is labeled a “rat/informant.” Having that title attached to your name is not good.

In this latest debacle, Tekashi has attempted to attack Snoop on social media. Here is some of what Tekashi is implying:

“For 2 years while I was in jail people started with me trying to end my career and it didn’t work,”Tekashi captioned the video. “Now they say leave me alone. This the world we live in. go apologize to your wife,”he added along with Snoop’s wife’s Instagram handle.”

Apparently, the beef between Snoop and Tekashi ignited when they both traded shots. Tekashi tried to accuse Snoop of working with the police, as reported by XXL Mag. And, in response Snoop has this to say:

“Last time you said something, I didn’t have time, Snoop said on IG addressing the Brooklyn rapper -federal informant. “But, today, I got time. You better get the fuck off my line, nigga. Rat boy. You really better leave me alone. I ain’t the one.” You funky, dog head, rainbow hair, dog head bitch, Snoop added.”

And there you have it. Somebody but get Tekashi. Tekashi needs to be more careful about accusing people of snitching. Especially, since all that Tekashi is saying is alleged. There was never any proof that Snoop was a snitch or that he cheated on his wife. 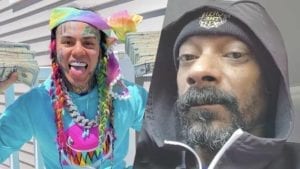