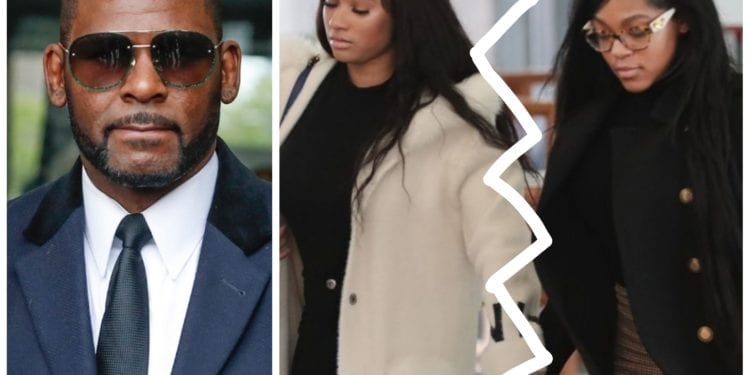 R Kelly’s Girlfriends Get Into Heated Exchange. The embattled singer was living with two women at the time of his arrest. Apparently, the two women had a fight at Trump Towers.

What were Azriel and Joycelyn fighting about?

R Kelly’s girlfriends get into heated exchange. Apparently, R Kelly’s two live in girlfriends, Azriel Clary, 22, and Joycelyn Savage, 24, got into an altercation at the Trump Tower Condo. The verbal altercation turned into a a physical exchange between the two women, as reported by USA Today. The Chicago police reported that they were called to the condo by someone who witnessed the incident. And to make matters worst the fight was seen on Instagram.  Which leads me to believe it could have been staged.

Also, the fight between Azriel and Jocelyn caused the younger of the two to be taken to the hospital. However, I was wondering what the two women were fighting about? Aren’t you all curious about what happened? Especially, since Azriel and Jocelyn were in a three way relationship with R Kelly. Do you think R Kelly was the glue that kept them together? Or was it a lovers quarrel?

Consequently, sources report that Jocelyn was there at the condo to pack the rest of her things. Jocelyn and another person were said to be moving boxes or something of that nature. That is when the heated exchange of words took place between the two women. I wish I could have been a fly on the wall so I could see what really happened. Just like everyone one else I am curious about this dysfunctional relationship. But it sounds like there is trouble in paradise, so to speak. 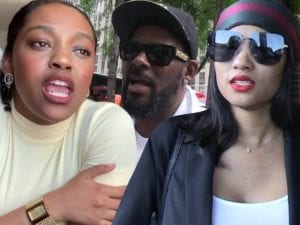