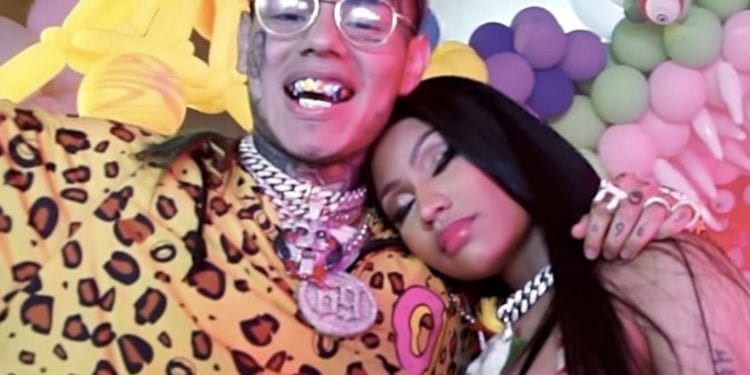 Nicki Minaj dressing room hit with bullets at Tekashi video shoot.  Tekashi 69 rented a mansion to film a video with Nicki Minaj and Kanye West. During the video shoot gun fire erupted. Apparently, several gun shot were fired into a window at the mansion.

Kanye and Tekashi were inside the mansion

During the music video shoot rapper Kanye West and Tekashi 69 were inside the mansion when shots rang out. Nicki had not arrived yet. According to TMZ reports, the bedroom where a bullet came through the window, was supposed to be Nicki’s dressing room. The day before the video shoot Tekashi decided that Nicki should have the larger dressing room instead of him.

The good thing is that Nicki was not in the dressing room when the incident occurred. Apparently, Tekashi was the intended target. Tekashi rented the $80 million dollar mansion to create the music video with West, Minaj and himself. Of course, the production of the music video has been halted. The Beverly Hills mansion is now the a crime scene even though no one was injured, according to IHeart Radio.

Tekashi has been the target of yet another shooting

Less than a month ago Tekashi crew member was shot in the stomach. Then two weeks ago his manager, Tr3way was involved in a shooting at a high end Manhattan restaurant. Now, Tekashi was present when someone tried to shoot up the mansion where he was filming a music video. This young rapper is a magnet for trouble. 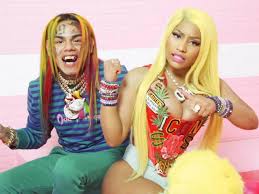