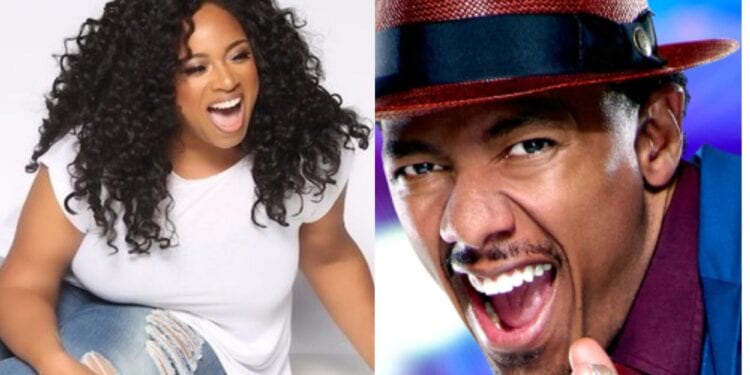 Not only is Kierra Sheard a gospel singer, but she is also a songwriter, actress, fashion designer, author, creative director, and entrepreneur. If that isn’t enough, check out Nick Cannon’s credentials. Cannon is a comedian, rapper, broadcaster, television presenter, actor…and yes, he can sing. Combine these two powerhouses and you get the luscious harmony of a winning duo. But, I’m sure this would have been evident in whatever song they chose.

Nick Cannon tapped Kierra Sheard and teamed up for the gospel song, “No Weapon”.  Cannon dropped the video of their duet this past Good Friday. Seen playing the piano, Cannon and Sheard harmonize beautifully. As reported by blackamericaweb.com, the song was part of Cannon’s “Ncredible Session” video series. In the 3:43 minute clip shot in black and white, the powerful duo belts out the lyrics of Fred Hammond’s hit gospel song, “No Weapon”.

These are some of the lyrics –

Near the end of the clip, they break out in a soulful clapping, foot-stomping session reminiscent of your favorite Sunday morning Baptist church choir.

While we are loving this “Ncredible Session”, we can’t wait to see who Nick teams up with next.

Check out the video of Cannon and Sheard by clicking on the photo below. 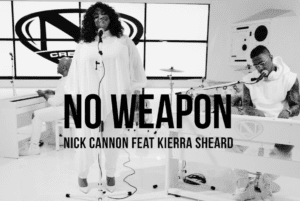