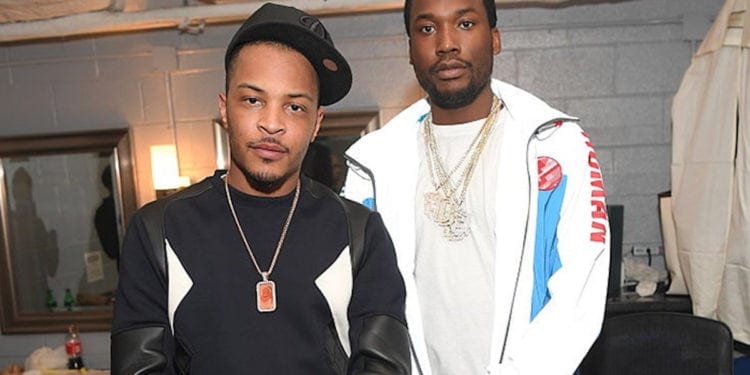 Music mogul rapper Tip Harris better known as T.I. drops new music with Philly rapper Meek Mill.This should be and interesting collaboration from these two rappers. Mill is one of the hottest rappers on the East coast. And T.I. has the title of King of the South. Also T.I. was the one who invented the Trap rap style.

T.I. signs with Epic and drops this joint Jefe

T.I. has linked up with Epic Records for the foreseeable future. The Grand Hustle empire will certainly benefit from this merger. To celebrate T.I. has unleashed a pair of singles one with Philly rapper Meek Mill and the other with rapper Yo Gotti.  Here are some of the verses from the song:

“So disappointed when n—-s talk shit on their records, when you see ’em, don’t do anything/ Okay, killing these n—s with more than before/Been stuntin’ and shining since back in the nineties, “T.I. raps on “Jefe.”

Also, T.I. announces his highly anticipated tenth studio album, Dime Trap, which is expected to release at the end of the year, according to Billboard’s website.

Meek Mill spits some heavy verses as well on Jefe

Meek and T.I. drop verses to a Latin beat. Check out the verses Meek put down:

” Yeah, f–k up that money, then make it again “the make it again” I f–k her twice, then I make her my friend,”then I make her my friend” S–t, look at these haters, they hating again, ‘they hating again” I know they don’t like it, they taking it in. F–k up a check, then we making it back, She like Chanel, I’ma drape her in that, She want the D, I’ve been waiting on that. I’ve been doing my thing, they’ve been hating on that. And I meant what I said, I ain’t taking it back. We get you chain, we ain’t taking it back.”

This just a little taste for you hip hop heads but check out the audio. T.I. and Meek really have a hit with this one.