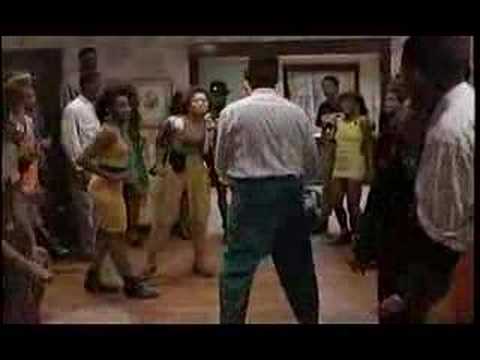 The movie House Party is an American comedy released by “New Line Cinema” in 1990. The two main characters are Christopher Reid (Kid) and Christopher Martin (Play)  from the 90’s Hip Hop duo “Kid ‘n Play”. During the peak of the Hip Hop error Kid ‘n Play brought the more fun and playful music into the rap game. The movie was a hit and was played in many theaters across the United States. This will forever be one of the most hilarious hip hop dance movies of all time.

Check out this movie clip of the famous dance scene!