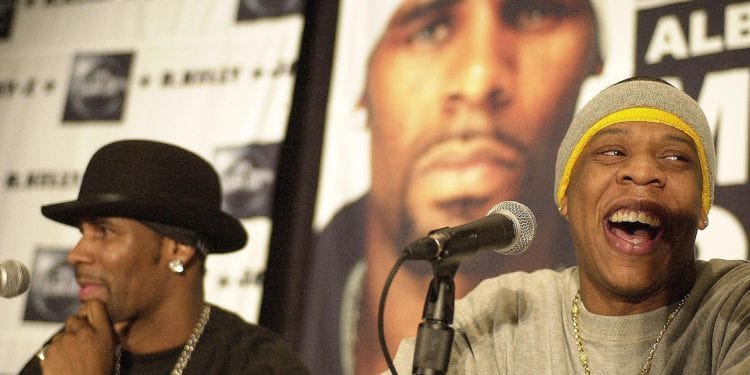 Jay Z  blasted R Kelly on radio for leaving midway during concerts. Jay sat down with radio host Angie Martinez to talk about his concerts. During the interview Jay Z mentioned that R Kelly had a bad habit of leaving concerts before finishing his act.

Jay told Angie that R Kelly kept complaining that his lights were not working correctly. It was not the first time Kelly had complained about lighting. However, this time Kelly was performing at Madison Square Gardens, according to Complex. Kelly abruptly left the stage claiming that someone in the crowd was pointing a gun at him. Jay  was quick to point out to Angie that there is no way possible someone could bring a gun into Madison Square Garden. Here is some of what went down during the radio interview with Jay and Angie:

“I’m in the kick booth changing, just to give you a little background on what’s happening. I feel like again. When we do the show it has like a rhythm. So I’m like wait a minute, the music did not drop, so I say like what is going on. What’s happening, I look through the thing, and I see him on the front of the stage, but I can’t hear what he is saying. I thought he was going for the lights move again, saying yo my lights ain’t working. I did know he was saying something as ridiculous as someone was in the crowd that was pointing a gun at me. That’s Madison Square Garden, that is a world class, I mean they are tough in the Garden. You can’t do what you want in the Garden, it’s tough. I don’t want to put Puff out there but he had a tough time getting into the back stage. You can not get a gun into Madison Square Garden, are you crazy.

Jay went on to say that Kelly had a problem with people giving him love. Kelly has such a big ego. Jay admitted that he spoke to Kelly about his attitude and showmanship.  Jay tried to give him so good advice about changing his line up. Kelly listened at first but then after a few shows he went back to his old ways of doing things. Jay just wanted work out any differences between Kelly but to no avail. 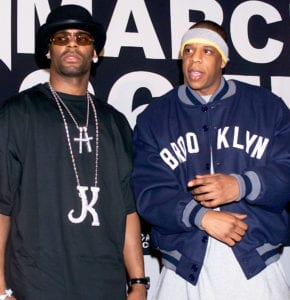