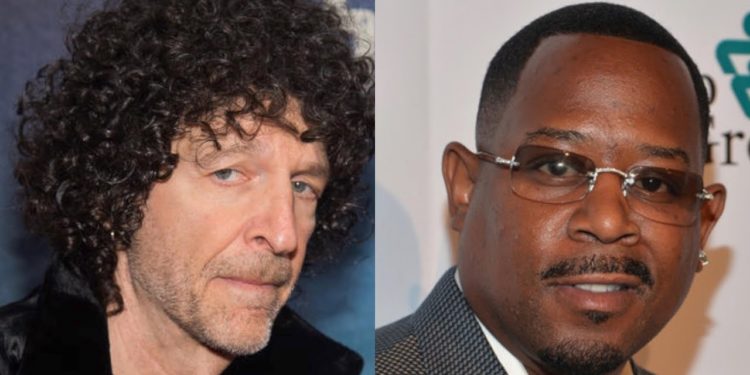 What was very interesting about this interview it appeared Stern was giving Martin props. However, Stern kept down playing Martin’s great success as an entertainer. Stern alluded to Martin being a janitor as if he has not been successful. Really Stern, get your facts straight. Martin’s job as a janitor has no relevance to his great career. If Stern was complimenting Lawrence for becoming successful in spite of his meager beginnings that’s one thing, however, Stern was being disrespectful and rude. Stern needed to do his homework and check out the Martin Lawrence resume.

Martin’s comedic career started on “The Improv”, shortly after appearing at the Improv Lawrence performed on “Star Search.” Although, Martin did not win Star Search he was recognized by the producers of “What’s Happening Now” and Martin was given a role on the sitcom.

Martin Lawrence has quiet a resume.

Martin Lawrence is one of the greatest comedians and actors of all time. Martin made it big on “Def Comedy Jam” as the host for a few seasons back in the 90’s. Martin has a movie career that puts Stern to shame. Martin has made such movies as”Bad Boys 1 & 2.” We can’t forget his mega movie success with “Big Mama 1,2, and 3.

The Martin Show was instrumental in Changing the face of Sitcoms

The Sitcom”The Martin Show” introduced a different kind of sitcom to its audience. Martin and the cast of “The Martin Show” proved that African Americans had depth and range in comedy. And that a African American male could hold his own as the star of his own comedy show. Lawrence and his co-stars comedic timing was endless. Many people watched every week as Martin never failed to deliver one great performance after another. The rest of the cast was equally as funny. There has never been another show like it.

Martin Lawrence has become one of the most successful entertainers of all time. How dare Stern insult him in such a manner. Martin will no doubt never sit down with Stern again. Who could blame him?