Drake’s New Tattoo Puts Him In Front Of The Beatles!!! 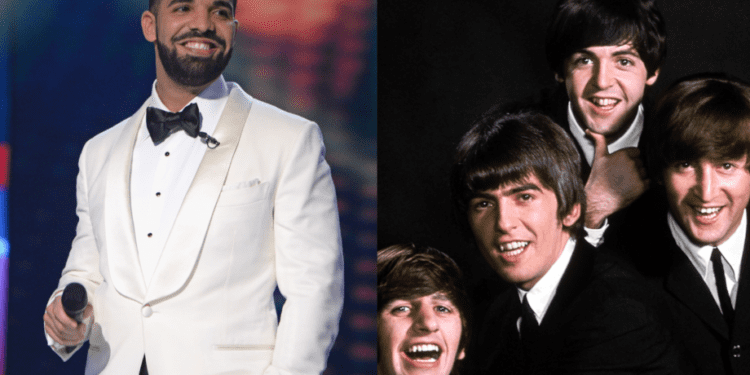 Drake’s new tattoo puts him in front of the Beatles. Spotted on his forearm, the tatt shows Drake with the Beatles famous walk on their 1969 Abbey Road album cover.

Drake Breaks The Record For Top 10 Hits On Billboard

Who doesn’t remember the famous walk across Abbey Road in London depicted on the Beatles’ iconic album cover? In Drake’s new tattoo, it depicts him standing in front of the Beatles holding up his hand as if to stop them in their tracks.

Which is exactly what he recently did with “Money in the Grave” with Rick Ross. That was the hit song that pushed Drake passed the Beatles record. Held by the iconic Beatles band, the long-standing record for Top 10 Hits on Billboard 100 chart was broken by Drake in June of this year.

To commemorate the accomplishment, Drake adds the new tattoo, as reported by XXL. Still, Drake trails Madonna for the all-time record. She has 38, Drake has 35.

Just released last week, Drake put out a compilation of B-sides for his Care Package project. Let’s see if he catches up to Madonna. 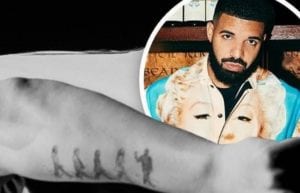 Click on the photo above for more on Drake.

Snoop Dogg Voices Cousin It in The ...