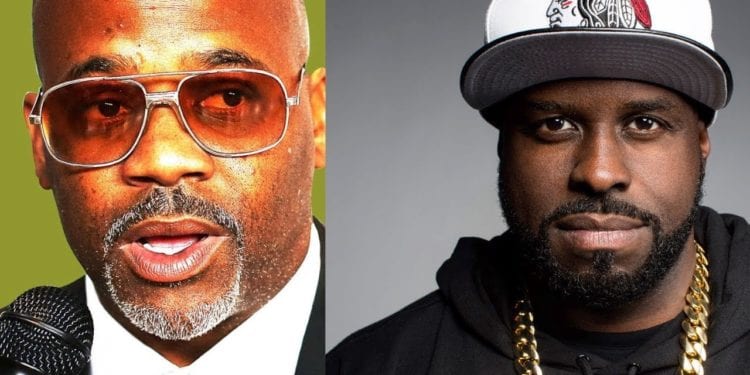 Dame Dash vs Funkmaster Flex beef has been on for a while now. Today Dame responds to Funk Flex’s buffoonery. Early this week Hot 97’s Funkmaster Flex called Dame out about the so called “Culture Vulture” conspiracy. Funkmaster claims that music executive Lyor Cohen and Kevin Lyles have not exploited the talent of hip hop artist. Funk claims Dame is lying.

Dame called Funkmaster out for what he said about him on Hot 97 the other day. Apparently, Dame and Funkmaster have two different perspectives on who has exploited hip hop artist as it relates to the “Culture Vulture” conspiracy. Dame said it best. Obviously, Funkmaster does not have a boss mentality, according to Vlad TV. Clearly, Funkmaster does not realize that he has been used Lyor Cohen and his employers. Here is some of what Dame said:

“Conversations with @hip_hop_motivator Not sure what’s wrong with this dude @funkflex or why he hates his own culture so much…but I feel sorry for him…his master won’t let him out of that lil room he’s been in for 30 years…and his master won’t even give him a promotion…his master only lets him talk about his own culture…need that conversation face to face@funkflex dont be a coward…and we all know#liarcohen@youtubemusic is paying you cause he’s to much of a coward to face me himself…just like they always do…(divide and conquer)..your the help…and your mentality is help…My mentality is boss..you wouldn’t understand…stop embarrassing our culture…your 50 get a new job#staytuned @culturevultures_book available now @hot97 if y’all don’t fire this clown your radio station is dead like his career#doitfortheculture#ceobeef pause.”

The issue between Dame and Funkmaster is heating up. Where this will all end up is anyone’s guess. However, sounds like Funkmaster picked the wrong side on this issue. After all Dame is allegedly the most feared man in hip hop. 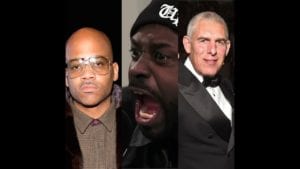