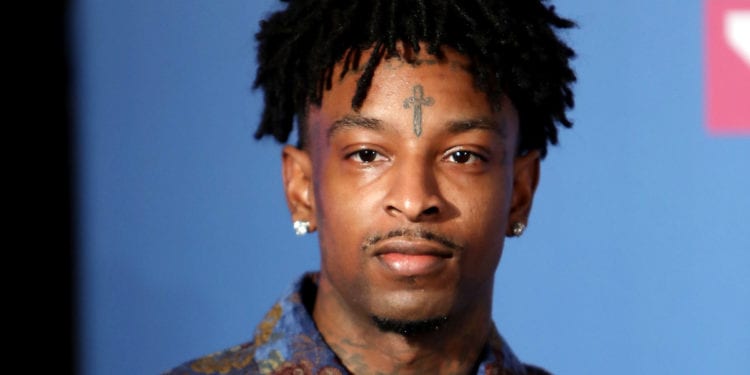 21’s  team of lawyers had this message for his fans and supporters:

“…he [21 Savage] says that while he wasn’t present at the Grammy Awards, he was there in spirit and is grateful for the support from around the world and is more than ever, ready to be with this loved ones and continue making music that brings people together.”

His attorneys say that 21 Savage posted bail today pending a deportation hearing.  On the plus side, word is he has been granted a speedy hearing.  Therefore, we shouldn’t have to wait too long to see the outcome of this situation.  It still remains unclear why ICE detained the Atlanta based rapper for such an extended period of time.  His lawyers firmly believe that 21 does not pose a risk to the community nor is he a flight risk. Based on these facts, they remain adamant that he should have been able to bond out the same day that he was arrested.  I mean seriously; he’s a well-known celebrity, where is he going to run to?!

While 21 was locked up, there was a lot of support shown from his fans and fellow artists.  More importantly, this situation brought further awareness to the Immigration debate that has been extremely controversial as of late.  Be sure to check out the social media campaign entitled “21 Ways You Could Be Detained If You’re Undocumented in America.”  Celebrities such as J. Cole, Future, and Kendrick Lamar used this platform to show solidarity with 21.