Floyd Mayweather Will Be A Great Trainer, Because Mike Tyson Says So!!! 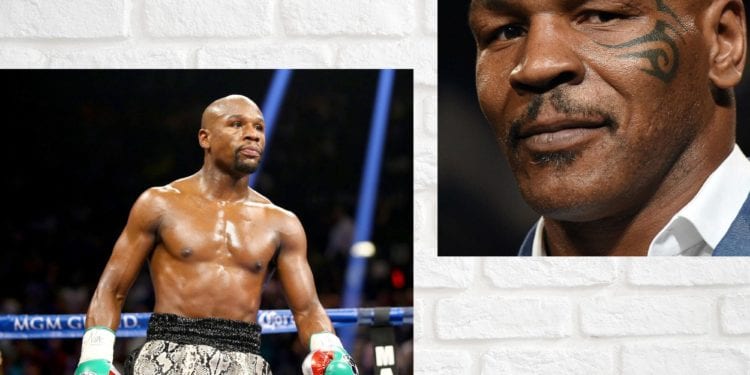 Floyd Mayweather will be a great trainer because Mike Tyson says so. After the death of his uncle, his long-time coach, Mayweather decided he wanted to be a boxing coach.

Former Heavyweight Champion of the World, Mike Tyson has something to say about Floyd Mayweather becoming a boxing trainer. Tyson tells TMZ Sports that boxing is Floyd’s life.

As you will recall, Floyd Mayweather announced earlier this month that he wants to be a boxing trainer. This revelation occurred after his uncle, Roger Mayweather passed away last month. Roger was a 2-weight boxing champion who later became Floyd’s coach. Now, Floyd wants to honor him by walking in his shoes. Mayweather also said he is using his knowledge to help the next generation.

TMZ Sports talked with Mike Tyson to discuss Floyd’s wishes. And though Tyson said it was rare for a boxing superstar to successfully transition to training, he also had a few other statements about Floyd’s decision –

“I give Floyd a good chance because Floyd’s a gym rat, that’s all he does.”

“You see him in the club for one week but he’s in the gym every day for 25 years. Even when he goes out and party, he’s back in the gym the next day. He does it in his sleep, this is what he do.”

According to TMZ Sports, Tyson said that Floyd is ALWAYS in shape and could be ready to fight at any time….and that discipline is what separates Mayweather from everyone else.
Tyson has spoken…so it must be so. 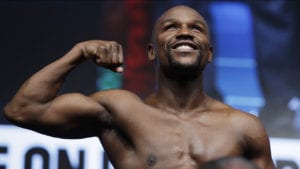 Floyd Mayweather Jr. poses on the scale during a weigh-in Friday, Aug. 25, 2017, in Las Vegas for his Saturday boxing bout against Conor McGregor. (AP Photo/John Locher)