Young Buck Was Arrested. The former G-Unit member is in serious trouble. It seems since he left G-Unit he has been in and out of trouble.

Young Buck GF was arrested too!

Rapper Young Buck was arrested. Allegedly, there was some sort of domestic incident between Young Buck and Lucresia. Sources are reporting that Lucresia fired a shot at Young Buck. As a matter of fact, Lucresia admitted to police that the fight was over social media passwords, according to Hot New Hip Hop. I thought this was really not a good reason to shot at anyone. However, they may be much more to the story.

With that said, shortly after Young Buck’s girl friend was arrested so was he. I am not sure if Lucresia is still behind bars. But, Young Buck was booked and charged with a felony. Furthermore, if convicted of any of these offenses Young Buck’s career will be over.

Not to mention, that a domestic assault charge is serious in itself. This is not the first time Young Buck has been in trouble. He was jailed in 2016 and again in 2019. Although, details are still a little sketchy we will keep you posted. Especially, about his girlfriend Lucresia arrest. Also, we found out that Young Buck’s bond is set for $60,000. At any rate, this is not good news for Young Buck. 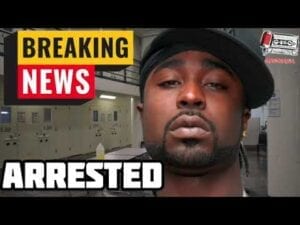