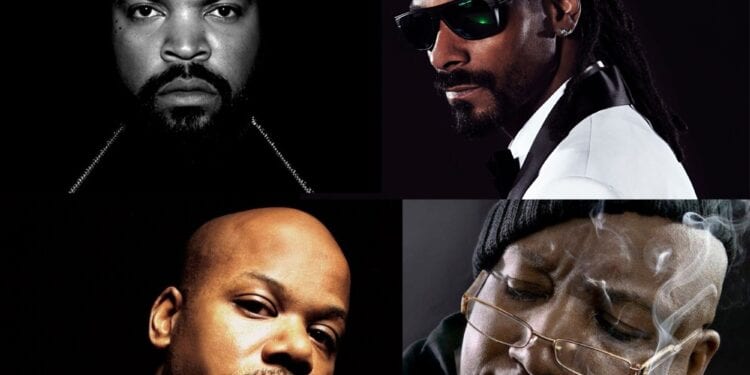 Mt. Rushmore is the name of a new hip hop supergroup formed by Snoop Dogg, Ice Cube, Too Short, and E40. Are we ready, y’all?

Talk about a major undertaking. Think of all that may come from the union of 4 powerhouses the likes of Snoop Dogg and Ice Cube…Too Short and E40! Mt. Rushmore, a new hip hop supergroup formed by these 4 titans is slated for release in the near future.

Back in February, Too Short was interviewed with and said Dr. Dre will be one of the featured artists on the group’s new album.

Then, while on DJ Vlad on VladTV, Too Short spilled a little more tea, revealing that the four rappers have already recorded “somewhere in the neighborhood of 50 songs”.

But, that’s not all, Too Short also said that additional “volumes” will be released in the future.

“It’s not a thing that we dreamed up; it is a thing that’s really real,” the rapper said of the group. “This is serious s— and we did this because we wanted to do some business ventures together and we wanted to join forces to future tour together as well as release these projects…” – Too Short

So How Did All This Come About?

So, how did Mt. Rushmore come to be? Apparently details first appeared during an appearance by Too Short on the podcast Serch Says, according to NME. Recalling how everything went down, he stated –

“During the quarantine I got a call from Ice Cube and E-40 going, ‘Man I feel like we should do an album like me you E40, Cube, Too Short and Snoop Dogg…’

We only have to wait another month, and all of Mt. Rushmore will be revealed. 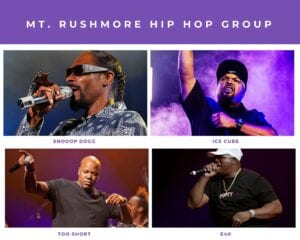